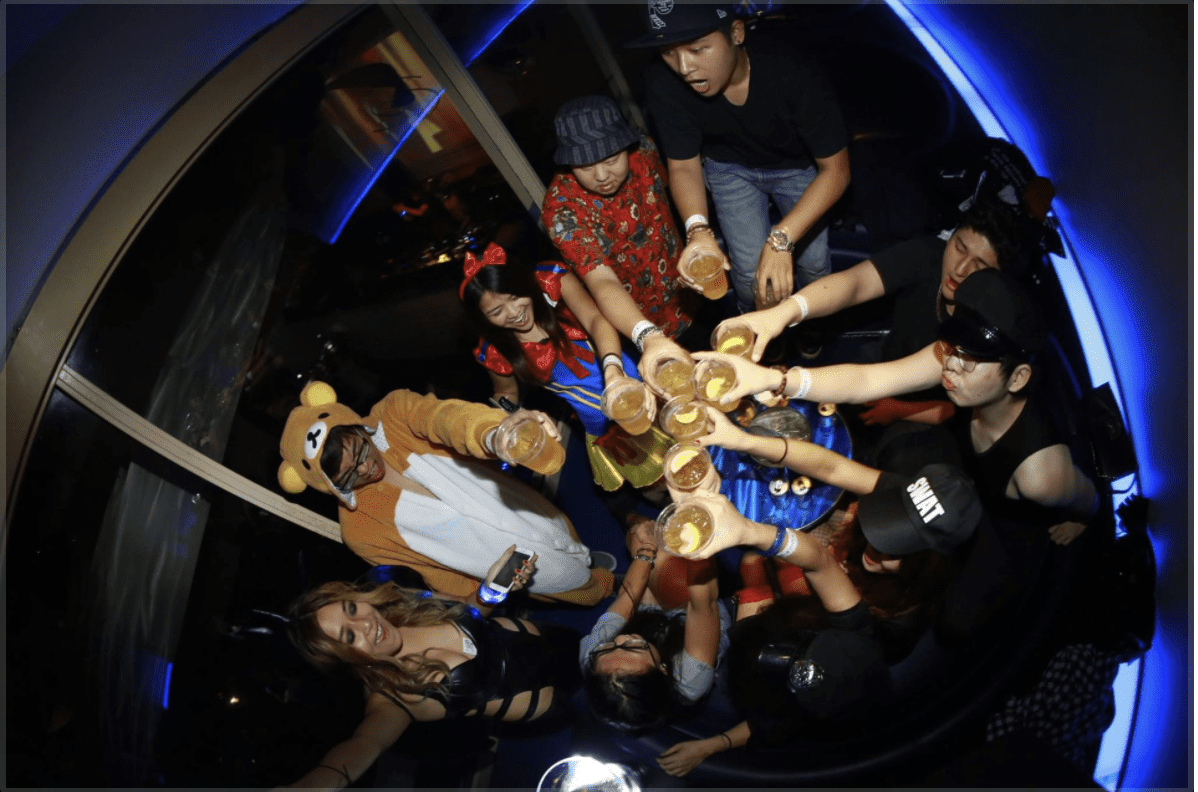 Everything you need to know before a night out in Tokyo

Preparing for a night out in Tokyo is relatively easy. From cheap pre-games to lax dress codes, all you really need to explore Tokyo nightlife is a buzzing energy and your PKW (Phones, Keys and Wallet).

You can’t talk about properly preparing yourself for a night out without talking about pre-drinking! Drinking in Tokyo can take its toll on your wallet, so you may want to drink more affordably before hitting up bars and clubs. One of the easiest and most straightforward ways to pre-drink is to go to a konbini (convenience store), grab a couple of $2-3 drinks, and drink on the streets. Unlike many places in the world, drinking on the streets is a social norm, so don’t worry about being ostracized for it.

If you want to kill two birds with one stone, have a late dinner at an izakaya. The closest English translation of ‘izakaya’ is ‘tavern’. It’s a Japanese restaurant-bar where you order various plates of food to share with everyone, and where the alcohol is always cheap. Beer can be as cheap as 200 yen in some izakayas. If you’re not hungry, go to an izakaya anyway to pre-drink affordably. Unlike drinking on the streets, you’ll at least be able to sit down comfortably.

When it comes to dress code for Tokyo nightlife, Japanese clubs don’t typically have a dress code but here are some things you should avoid.

It’s unfair to all men out there, but most clubs will refuse you entry if you’re wearing sandals or shorts; jeans and sneakers are accepted almost everywhere so you can rock up comfortably in that.

If you somehow wound up on an unexpected night out in Tokyo and are in need of long pants or shoes, check out Don Quijote (affectionately called ‘Donki’ in Japan). It’s a mega store that sells everything you would ever need, from food to souvenirs to—you guessed it—clothes!

There’s always at least one Don Quijote in all major areas of Tokyo so you should be able to find one with no problems. Also, if there was an apocalypse, you now know where you should hide yourself ????

If you want to find out more about Donki, definitely check out our blog to find out the interesting and weird things you can get there.

Ladies, try not to dress too skimpily. After all’s been said and done, Japan is still a fairly conservative country. Most places will still let you in but revealing clothes may get frowned upon. It’s not disallowed; just a tad taboo.

To prepare for a night out in Tokyo nightlife, there is no particular dress code. You can go casual with t-shirts and jeans, or fancy with a nice shirt or dress with heels, or full-blown extravaganza with costumes and gowns. As long as you have no dangerous objects on you, you’re more than welcome to turn heads in the streets. You may even get stopped by people who want a photo with you!

Though Japan’s attitude towards tattoos have become more relaxed over the years, there are still places that won’t let you in if your ink is showing. Some establishments may offer you bandages or duct tape to hide your tattoos with, but for those of us with tattoos too big to cover with bandages/duct tape, bring a jacket.

Having said all that, such establishments are few and far between, so don’t worry too much about it (I myself am a heavily tattooed person and have been refused entry into only two clubs in the 3.5 years I’ve lived here). These tattoo rules usually apply only to clubs; almost all if not every bar will definitely allow you in even if you’ve got tattoos.

If you have tattoos and are worried about where you might not be able to enter, especially with hot springs, onsens, then check out our blog here for some tattoo-friendly places!

We all enjoy a good night out but that oftentimes requires a little cha-ching. One alternative to visiting expensive bars or clubs is drinking out on the streets (as mentioned above in the pre-drink section). Grab a few drinks from the konbini and hang around and drink with your friends. If you’re planning to do this, three to four thousand yen should suffice.

If you want to bar-hop, explore the city and maybe visit a club, ten thousand yen (around 100USD) would be ideal. Be sure to check out the bars/clubs we have listed on our website and app to get discounts and freebies, too!

You don’t want to get all excited to go out and realize you can’t get in just before you forgot your ID! Bring a valid photo ID, preferably your driver’s license or passport. If you don’t want to bring your passport around for fear of losing it, take a photocopy of it and bring along a credit card with your name. You’ll get in with no problems.

One last thing: If you foresee yourself getting too drunk/tired to take the train home and you think you may want to grab a cab, bring some extra money. Cabs are expensive in Tokyo where a short 15-minute ride can cost 2,500 yen ($23), so take care to figure out how far your drinking spot is from your hotel/AirBNB and bring along the appropriate cab fare, just in case you need it.

Unfortunately, the trains don’t run all night. Depending on where you’re drinking and what train line you’re riding, your last train’s departure time will vary.

The most popular drinking spots are Shibuya and Shinjuku and the most-used train line from there is the JR Yamanote Line. From Shibuya, the last JR Yamanote Line train departs at 00:52. From Shinjuku, it’s 01:00. For other areas and other lines, Google-Map it!

Google Maps is almost always 100% accurate with train departure times in Tokyo. Don’t forget to factor in walking time from where you currently are to the station!

If you’ve accidentally (or intentionally) missed the last train, have no fear. There’s plenty of things to do and places to go. On the weekends, most bars are open till 4am or 5am so you can continue drinking.

On the weekdays, however, some bars may be open only till 1am or 2am. If you find yourself ushered out of a bar then and you still want to continue drinking, you can drink on the streets (as mentioned above).

If you’re feeling peckish, find an izakaya; many izakayas are open till 5am and you’ll find tons of them everywhere.

If you’re in the mood to dance, find a club! There’ll be plenty of them in Shibuya and Shinjuku.

Another popular post-last-train activity is karaoke. In my opinion, this is one of those must-have experiences when you’re in Tokyo: you’ve missed the last train, you’re feeling tipsy and awake and you’re ready for more fun; grab some friends and hit up a karaoke joint! Many karaoke joints offer all-you-can-drink deals so you can continue drinking, too.

Karaoke rooms also serve another purpose: sleeping. If you’re feeling sleepy and you want to nap a little bit, get a karaoke room, pay for an hour or two and you can rest there until your first train is up and running again (usually around 4:30am or 5am). It’s quite an amusing sight to leave your karaoke room at 5am and see hordes of other people doing the same, all with the same intention of catching the first train home.