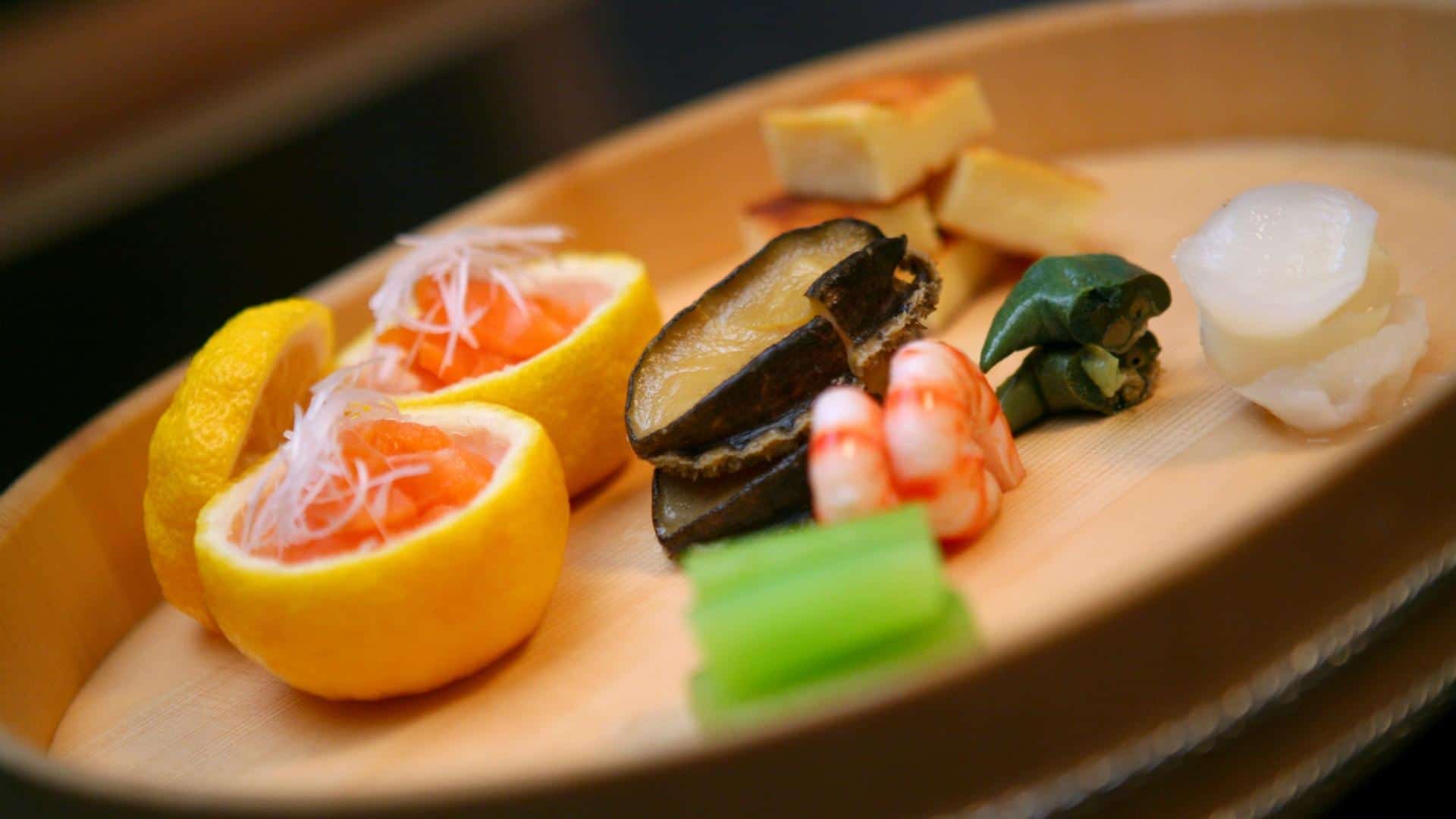 What to eat in Japan in spring: 8 Japanese spring food not to miss

What comes to your mind when you think of spring? Perhaps, cherry blossom viewings, entrance ceremonies, and spring flowers. It is also the season to meet new people, say goodbye to the old, and start anew. However, it is also the season for flavourful treats. Thinking about what to eat in Japan in spring? While you are enjoying spring in Japan, be sure to try some of these delicious foods.

Sakura mochi is a Japanese sweet wrapped in cherry leaves. It is also a traditional spring food in Japan as well as a sweet for the Doll’s Festival.

Did you know that there are two main types of sakura mochi?

The most common is Domyoji Mochi, which is made by wrapping red bean paste in coarsely crushed pink glutinous rice, using Domyoji powder.

Chomeiji mochi is made by wrapping red bean paste with crepe-shaped skin. Chomeiji Mochi is originated in an old Buddhist temple named Chomeiji (長命寺), located in Mukojima, Tokyo. The thin outer dough is made by baking a mixture of wheat flour, glutinous rice flour, sugar and water.

The salted cherry leaves that wrap the mochi are made from the Oshima cherry tree. These leaves have a strong scent among the cherry blossoms.

During the spring season, you can find sakura mochi almost anywhere. It is pretty affordable, so be sure to try some while visiting Japan.

Ready to eat massive clams with a soft body and full of umami?

From March to April is the season for clamming. If you want to make an adventure out of eating clams, be sure to try clamming at Okinawa Park, Kasai Rinkai Park or Funabashi Sanbanze Seaside Park.

In Japanese mythology, the Takasago Legend is about a couple, who are deeply in love. It is usually represented by two clamshells, because the shells of a clam fit perfectly together, and never part. These shells signify a couple that will be together forever. Figurines of Takasago are given at weddings and wedding anniversaries. It is a symbol of a long and fruitful marriage.

Fukinotou is a wild plant that comes out of the snow and is the taste of early spring.

The slightly bitter taste and the familiar smell of fukinotou are some of the most common and favourite Japanese spring plants. It is native to Japan and can often be found in slightly damp places, such as slopes near swamps and roadsides near rivers.

Fukinotou has a pleasant fragrance and a refreshing bitterness. It is a delicious wild vegetable when made into tempura or butterbur miso. In spring, it is said that eating bitter food is good for your health, so be sure to try some this season.

Try deep-sea shrimp that has a body length of about 4 cm. The name “Sakura shrimp” comes from its beautifully transparent pink body colour.

The fishing season is only twice a year, in spring and autumn. Spring begins in mid-March. In Japan, only Shizuoka Prefecture permits fishing. All domestic landings are from Suruga Bay. Sakura shrimp have been harvested from Suruga Bay since the Meiji period.

The whole shell and internal organs can be eaten, so no pretreatment is required. It has a sweet and delicate taste that is perfect for springtime.

At Yuigahama in Shizuoka City, you can also enjoy the crisp and fluffy kakiage. The city of Yui on Suruga Bay is known as the number one city for sakura shrimp. So if you are there don’t forget to try delicious dishes like sakura shrimp kakiage. Also, if you go in May, there is a Yui Sakura shrimp Festival.

Strawberries are often sold in January and February. However, the original season for strawberries is from March to April.

Spring strawberries are ripe and have a strong sweetness. The price is also a little cheaper than in winter.

Some varieties of strawberries include Angel’s Fruit, which is mainly produced in Saga prefecture. These strawberries are as big and white as an adult’s fist. Then there is the Crimson Misuzu which comes from Chiba prefecture. They are red in the flesh and have high sugar content and low acidity. There are more than 300 strawberry varieties in Japan, and new varieties appear every year.

You can also enjoy strawberry picking, so check out some great spots like Setagaya Strawberry Juku, Niikura Koen Farm and many more.

Iyokan is the second most-produced citrus fruit in Japan after Satsuma mandarin. Iyokan was discovered during the Meiji era in Yamaguchi.

The harvest season for Satsuma mandarin is from November to December, while Iyokan is after the new year.

Furthermore, iyokan from Ehime prefecture, which has matured until March, is called “Yayobeni” and boasts a sugar content of 11.5 degrees or higher.

It has little acidity and a refreshing scent. A great plus of this fruit is that it is easy to peel by hand. You can even have iyokan in multiple sweets like popsicles, cakes, pastries and other desserts.

Did you know that the best time to eat summer oranges is spring?

Summer oranges arrived from overseas in the middle of the Edo period when the seeds got on the Kuroshio Current. It bears fruit in late autumn, but the acidity is so strong that it can’t be eaten, and it couldn’t be eaten raw.

When it was harvested and stored in winter, or when it fully ripened in spring. It was found that it could be eaten deliciously without its acidity. It has been cultivated well since the Meiji era.

The season is from mid-April to late May. May is also early summer, so the name for this fruit is Natsudaidai, but spring is the best season for citrus fruits.

Surprisingly, although it has a tropical image, kiwifruit season is best in spring.

Kiwifruit cannot be eaten immediately after harvesting and is shipped after ripening, which takes 30 to 60 days. The harvest time for domestic kiwifruit is around November.

Therefore, according to the Tokyo Metropolitan Central Wholesale Market, the maximum handling volume is around March.

The refreshing acidity goes well with yoghurt. Kiwi + yoghurt cake is also recommended. If you want to try baking something you could make Anmitsu. It is a Japanese dessert with cubes of agar-agar jelly, different types of fresh fruits and red bean paste with syrup drizzled on top.

While you are in Japan this spring season, make sure to try all these great foods, as well as explore all the delicious treats Japan has to offer. Which of these Japanese spring food are you going to try out? Got a spring food to recommend to us, let us know!