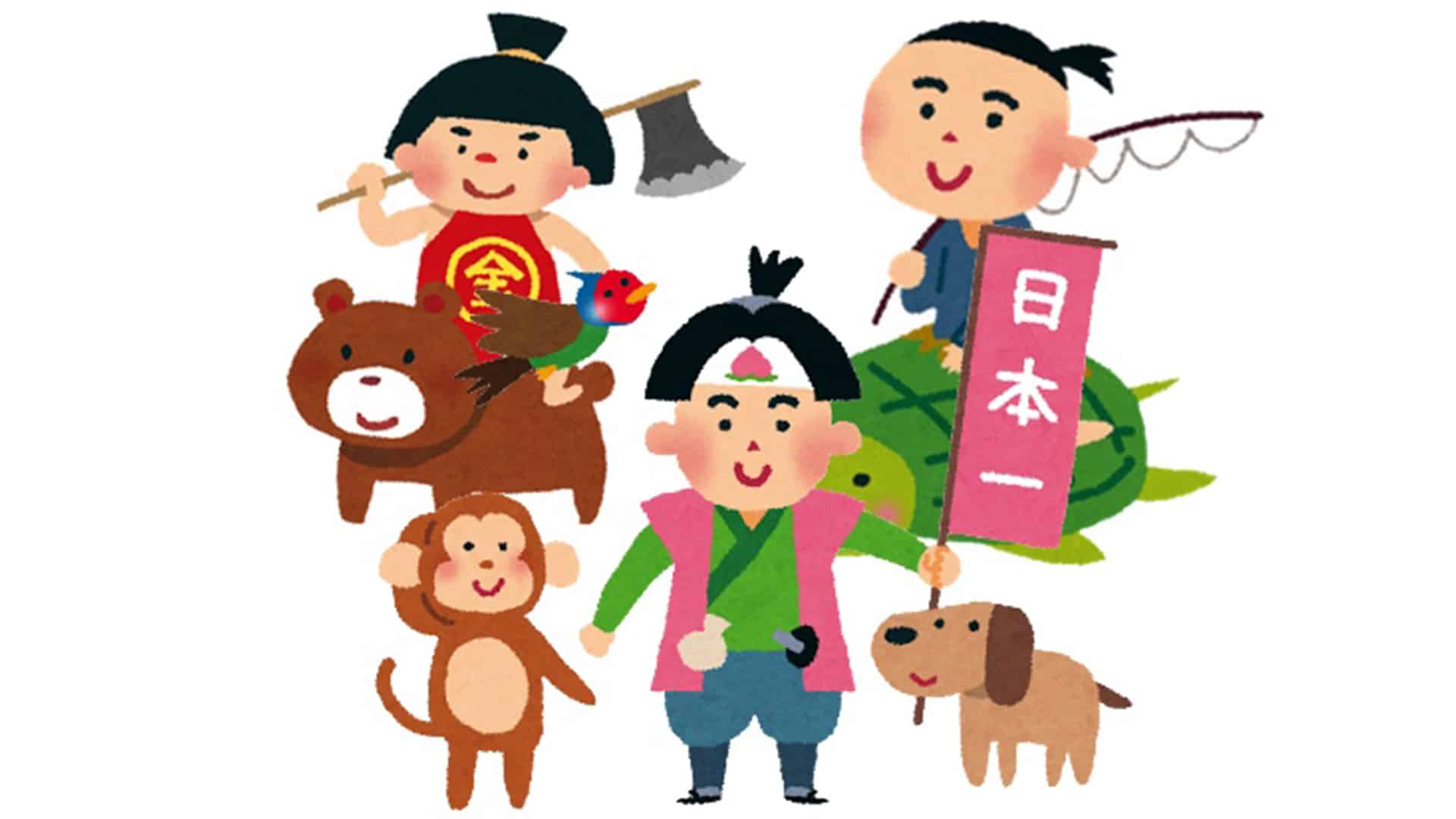 Like other countries, Japan has its own Japanese folktales (mukashi-banashi, “Japanese stories from long ago”) that were initially spread via word of mouth, Japanese legends and traditional stories that they created and told to young children to teach them certain morals and values. Even with the rise of technology and Japanese anime and manga, there are still a number of classic and beloved folktales that all Japanese people know and discover through books.

If you’re interested, you can find out more about the Japanese horror legends here.

These Japanese folktales are also much beloved, evident from when au, a Japanese mobile carrier, rolled out a series of commercials featuring characters from different folktales interacting with one another, that became an instant hit with many Japanese people.

The three recurring characters in the commercials are Momotarō, Kintarō and Tarō Urashima, and we’ll talk about their folktales, and some other classic Japanese ones too, in this blog article.

Momotaro is probably the most well-known Japanese folktale, believed to have originated during the Muromachi Period (1336-1573), and written down for the first time only in the Edo Period (1603-1868). This Japanese story has gone through several revisions, but the one people are most familiar with goes like this:

An old woman comes across a giant peach floating down the river and brings it home to her husband. But, when they cut open the peach to eat it, they instead find a baby boy. They name him Momotarō (‘momo’ means ‘peach’, and ‘tarō’ is a name suffix often given to the eldest son in the family). One day, Momotarō’s family land is destroyed by a gang of demons, and he sets off towards Demon Island to take revenge on them. It’s about this journey of his and the friends and enemies he makes along the way.

The story of Momotarō is the classic Japanese folktale and is likely to be the first one Japanese people think of if you bring up folktales.

The Grateful Crane is another famous Japanese folktale. It is the legend of a struggling sailmaker (or farmer in other versions) who meets and marries a beautiful woman who tells him she can weave him a majestic sail that is sure to make him a lot of money. Her only request is that he doesn’t enter the room while she’s weaving it. He promises not to bother her and, at the end of the week, she appears from the room looking ill but, as promised, presents her husband with a beautiful sail that earns them a lot of gold.

When offered a great deal of money to make another sail, the sailmaker’s wife begs and pleads with him not to take the offer but eventually concedes as she knows it would make her husband happy. She makes him promise again that he will not enter the room while she’s weaving but he inevitably does and faces heartbreaking consequences…

There are many variations of this Japanese story from different regions of Japan, with different animals in the title. There’s a grateful snake, clam, fox, fish and goose, but they all include a woman with a secret to hide and a man who breaks his promise to her. It’s a legend to teach children to keep their promises and that maybe some things are better left unknown.

This is basically the Japanese version of Tom Thumb. The Inch-High Samurai was born after an old, childless couple prayed to the gods for a child. But, he was born only one sun (pronounced ‘soon’, a Japanese measurement equalling about 3cm or 1.2 inches) in height. And, so they named him Issun Bōshi, literally “one-sun boy”. His name is often translated to “The Inch-High Samurai” or, more commonly “The One-Inch Boy”, for Western audiences.

The most iconic image of The Inch-High Samurai of this Japanese legend in most Japanese people’s heads is of him embarking on his journey to become a warrior, where he borrows his family’s rice bowl to use as a boat to go down the river, a chopstick to use as a paddle, and a sewing needle to use as a sword. It paints such an adorable and memorable image that it’s no wonder why The Inch-High Samurai still remains so beloved after hundreds of years.

Kintarō is literally and figuratively the “Golden Boy”, a famous Japanese folktale hero. Some versions of this legend say he was abandoned by his mother and raised by a mountain witch on Mount Ashigara (a real mountain in Japan), others say his mother raised him but living in the mountains made her look haphazard and she came to be called a mountain hag, and others still say his mother was a mountain witch who had been impregnated by a dragon via a clap of thunder. While his origins differ version to version, they all agree that Kintarō had inhuman strength and was essentially invincible.

His tale tells of his various battles with monsters and demons, his benevolence by helping others in need, and his relationships with his animal friends and others. He’s basically the Japanese version of Hercules (the animated one, I don’t know enough about the actual Hercules to draw a comparison), and the kind of person people should aspire to be: strong, kind, honourable.

Though his story is old, you still see Kintarō in modern times, in modern ways. He, or part of him at least, can be found in Japanese anime, manga and films. You could even get his hairstyle in Animal Crossing: New Leaf.

Tarō Urashima and the Palace of the Dragon God

This is the Japanese folktale, telling a legend of a young fisherman who rescued a small turtle who was bullied by children, who he then released back into the sea. The tiny turtle turns out to be a princess from the sea, and her father, the Emperor of the Sea, wants to thank him. Tarō is given gills so he can breathe underwater and he is brought to the Palace of the Dragon God at the bottom of the sea.

This Japanese story follows his stay in the underwater palace, and his budding relationship with the princess, Otohime. He decides to leave one day to visit his mother on land and is given a box as a parting gift, but Otohime tells him he must never open it. Just like in The Grateful Crane, the main character does as he’s told not to do, and Tarō too faces certain consequences.

While not many Japanese people are active practitioners of religion, Japan has a ton of gods. Izanagi and Izanami are part of the seventh generation of gods, and they created the island of Japan. The two siblings decide to have children together and they give birth to dozens of deities. The incestuous relationship ends when Izanami gives birth to Kagutsuchi, a god of fire who burns her genitals “on his way out”. Izanami dies from her wounds, and her brother and husband kills their newborn son in his rage. He then goes to the underworld to retrieve his sister and wife.

Izanagi and Izanami’s tale reads like a Greek tragedy, with incest and murders, and Izanagi going to the underworld for Izanami is reminiscent of the tale of Orpheous and Eurydice. But make no mistake; this is a Japanese tale.

Check out our tours

Want to check out different areas of Tokyo? Click on the area you want to explore and let us give you a tour of some of our favourite spots from famous places to underground spots! Tokyo nightlife: Shinjuku, Shibuya, Roppongi, Nakano, Shimokitazawa, Asakusa, Koenji, Akihabara and more!