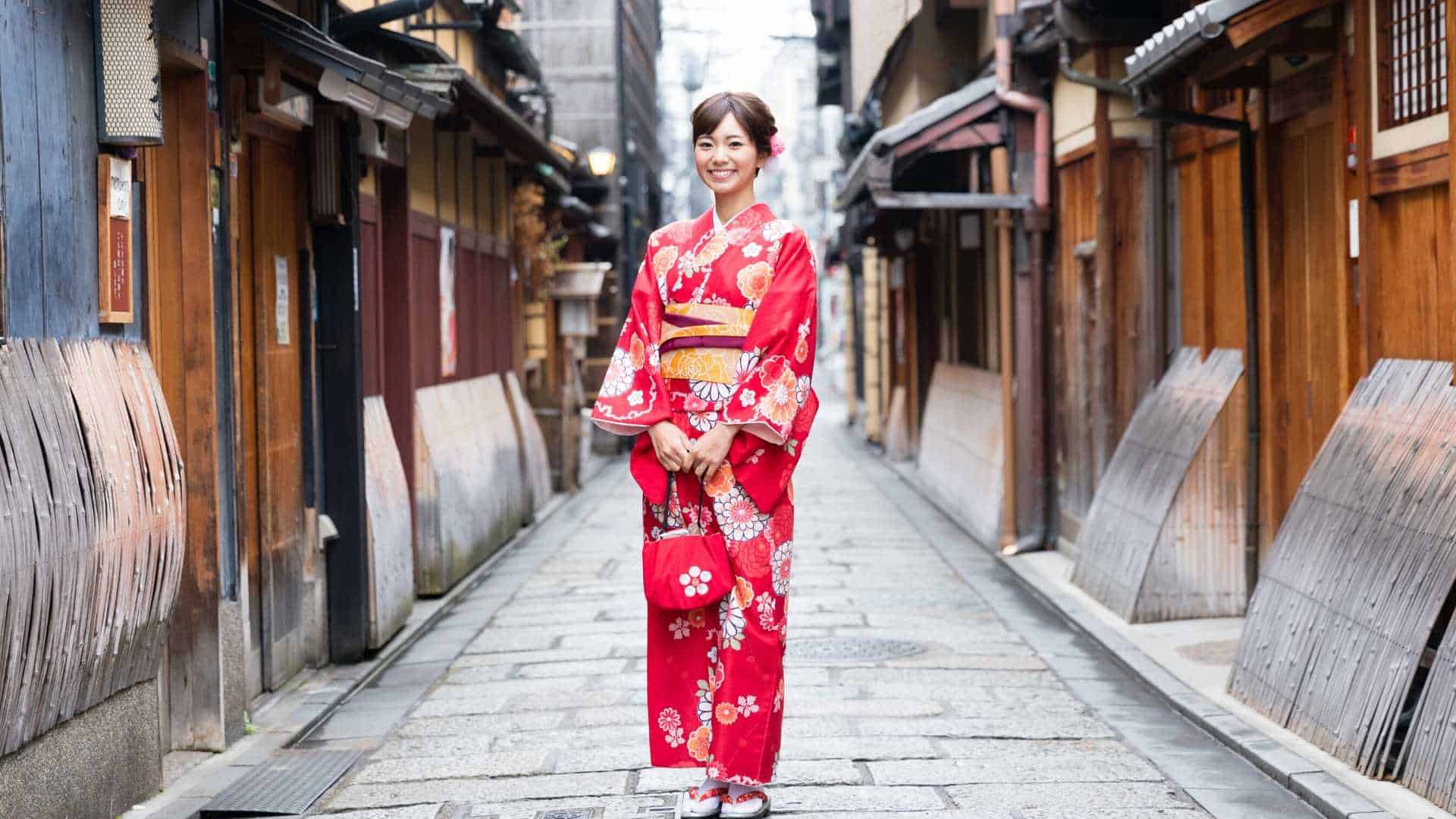 The art of kimono: My first-hand kimono-making experience

Japanese kimonos have inspired many fashion styles and trends around the world. You can find kimono-inspired cardigans, jackets, blouses and more everywhere. Despite being a modern influence, kimonos actually have a long history as a traditional Japanese art form that requires many hours, energy, sweat and tears. I didn’t know much about this beautiful art myself until I had the opportunity to join a kimono-making experience. I want to share this incredible experience with you.

The background of Kimono

The word ‘kimono’ literally means ‘clothes’ (着物, thing to wear). Though it’s now the national outfit of Japan, it has Chinese origins. During the Kofun Period (300-538 AD), there was a lot of immigration between China and Japan, and Chinese-style clothing became extremely popular in Japan. A few centuries later in the Heian Period (794-1193 CE), Japan stopped sending convoys to China, and this halted Chinese exports to Japan. The halted import of such clothes immediately made them a more valuable commodity that only the upper class could afford.

It was during this time that Japan began putting its own spin on the Chinese outfit, and it became what we know as kimono today. Back then, kimonos came in bright, flashy colours, and had intricate, elaborate Japanese prints on them.

When the economy flourished in the Edo Period (1603-1867 CE), townsfolk were finally able to buy their own extravagant kimonos. This displeased the Tokugawa shogunate who wanted to discern the middle class from the upper class, and so it put a ban on using bright colours, gold and fine patterns on town folks’ kimonos. This ban gave birth to the iki aesthetic which is more sophisticated and simple, and is still present in modern kimonos.

After the Meiji era (1868-1912), Japanese people began wearing Western-style clothes such as shirts, dresses, and trousers, and the kimono became less common.

These days, the kimono is worn only at special occasions and is often expensive. While you can get a simple, cotton kimono for less than USD$50, the original silk and handwoven kimono will cost hundreds of dollars, anywhere between USD$200 to $800—and these are the less elaborate ones. The most extravagant multi-layered ones can cost up to USD$100,000.

My kimono-making experience in Kumejima

I didn’t know much about kimonos or the process in which they’re made. Frankly, I used to think they were overpriced tourist traps. However, my mindset shifted entirely after I joined a kimono-making experience in Okinawa.

Visitors to Okinawa usually stay on the main island or one of the famous islands in the vicinity, to visit beaches and take part in water sports. I was lucky to be invited to one of the lesser-known islands, Kumejima, where I got to explore local cultures and traditions, including the art of kimono-making.

When we first pulled up in front of Yuimaru, the kimono factory, we were immediately welcomed by around 10 women, all around the age of 60. They greeted us warmly and led us into their kimono factory. It was much cooler inside and it was a nice reprieve from Okinawa’s unforgiving heat.

When we pulled up in front of Yuimaru, a kimono factory, around 10 women, all in their 60s, immediately welcomed us and led us inside. We removed our shoes at the entrance and were provided with traditional Japanese slippers.

The entire building is made from wood, and though it has been repaired and modified over the years, you could still tell that it had been originally built a long time ago.

We were led into a room, where we watched a video summarising the kimono-making process, including the weaving of high-quality silk. Thankfully, the video has English subtitles. Though I consider myself quite fluent in the Japanese language, I doubt I would’ve been able to catch all the technical terms about the process.

This video was what blew my mind and changed my mindset about kimono.

To qualify as Kumejima Tsumugi, the following requirements have to be met. I will explain them in further detail later on.

Weaving silk is a long and complicated process, but here’s a brief overview that will give you a good idea of how silk is woven in Japan.

Silkworms are carefully raised from day one so they can create good threads. The temperature, humidity and ventilation of the silkworm-breeding environment is monitored daily. They are fed nutritious foods made from mulberry, a silkworm’s favourite.

The condition of the silkworm cocoon determines the silk’s lustre and texture. When the silkworms are ready to spin silk, their farmers place every individual silkworm into a frame of their own in a silkworm house. There, the silkworms begin spinning silk. Once their silk cocoons are done, they’re played into boiling water. Filaments from cocoons are wound together on a wooden spindle, forming strands of raw silk.

The silk threads are then removed from the water and dried in the sun. Once dried, it’s hand-spun around a wooden or plastic tube.

Once the silk is ready, the dyeing process begins. ONe of the most interesting things I learned is that silk used for Kumejima Tsumugi kimono is dyed only with natural ingredients, such as vegetable roots. This is done over the course of weeks and sometimes months. It’s a repetitive, complicated and time-consuming process.

That’s right. The kimono master measures the silk thread according to the size of the kimono, and draws and marks on the thread as she goes. For example, if the kimono has a pattern of a bird in black, the master will measure each line of the pattern and draw black markings on each individual thread.

This process alone can take weeks to complete, and for kimonos with more complicated patterns, it could take months or even years.

Once the pattern is created, the threads are spun back into a tube and the spinning then begins.

I had the pleasure of weaving myself. After just half an hour of weaving silk threads, my lower back was sore from bending over, and my fingers were hurting from the friction of rubbing threads against my skin.

I had woven a small, roughly 10x10cm piece of cloth. The pattern I chose had a bird along some lines. This pattern was designed by the local kimono masters, prior to our visit. It’s incredible how accurately they measured the cloth and how well the markings lined up together to create the pattern.

I thoroughly enjoyed learning about and trying out kimono-making. I couldn’t contribute by purchasing the kimonos, since they were way out of my price range, but I brought home some bookmarks that were made from scrap materials.

I now have so much more appreciation and gratitude for those hard working kimono-makers, who care deeply for the details in perfecting this art form. If you have a chance to visit Okinawa or Japan in general, try out a kimono experience. You will not be disappointed!