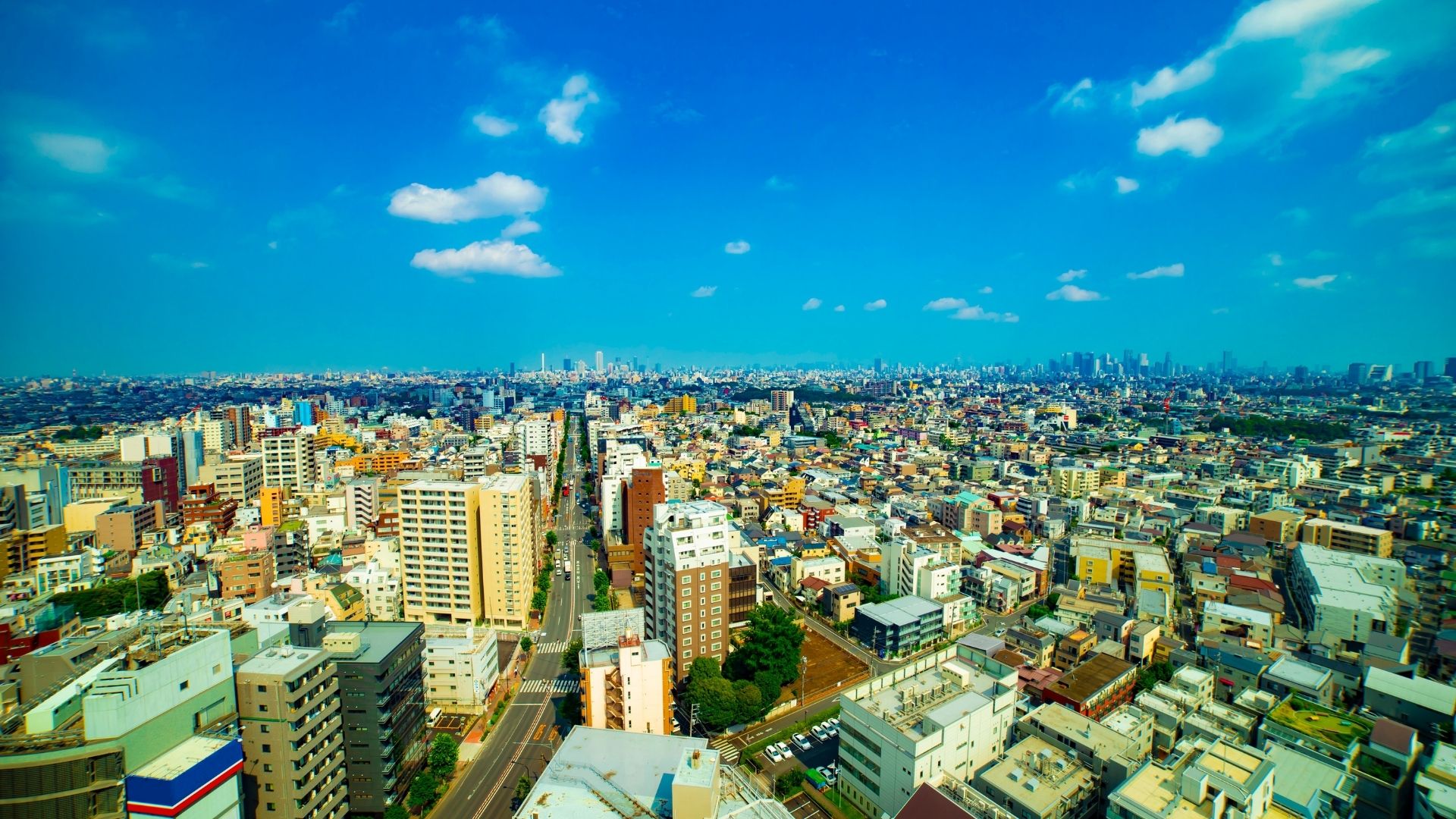 Do you know about the Nerima Ward in Tokyo? It is one of the 23 wards of Tokyo, with various unique neighbourhoods and areas, along with different things to do and sights to see. If you are wondering what is Nerima ward, the different areas inside Nerima, the best things to do, history, accommodation and more, check out this ultimate Nerima ward area guide.

What is Nerima City Ward?

Nerima-ku, located in the northwestern part of Tokyo’s 23 wards, is the newest ward, having been created after the war by splitting off from Itabashi-ku.

Many of the ward’s residents use the Seibu Ikebukuro Line and are based in Ikebukuro, a colony of Saitama residents, so in terms of daily life, the ward is not so different from other Saitama cities in terms of sensation.

Ekoda, Sakuradai, Nerima, Nakamurabashi, and Fujimidai are semi-suburban residential areas, and beyond that, Shakujii-Koen, Oizumigakuen, and Hoya still have a lot of farmland, creating a quiet suburban townscape that is hard to imagine being in the 23 wards. Hikarigaoka, the terminus of the Toei Oedo Line, another transportation hub, is home to large mammoth apartment complexes. The image of Hikarigaoka is that of a “bedroom town”.

Looking at Nerima Ward as a whole, the quality of the residents is neither good nor bad, and the image of the so-called “middle class” is strong. They do not have a strange brand consciousness or pride like those in Suginami or Setagaya, and they choose this land with a sense of the value of “taking the good with the bad” by emphasising the convenience of being close to Shinjuku and Ikebukuro.

If you don’t mind using the Seibu Railway, which is full of the smell of Saitama and has been ridiculed as a “golden train,” then it is perfectly acceptable. Families with children will be happy to visit Toshimaen, and holidays can be spent in the neighbourhood. If you have a car, you can take the Kan-etsu Expressway for a short trip.

The area developed as a major suburban farming village during the Edo period, thanks to the precious water resources from the Senkawa Waterworks, which was constructed in 1696.

The fine-textured soil of the Kanto loam layer was particularly suited to the production of daikon, and daikon produced here became so popular that it was branded “Nerima daikon”, and was used extensively for preserved foods such as takuan pickles.

Other crops such as burdock root, eggplant, and potatoes were also actively cultivated until around the beginning of the Showa period, but due to drought and disease outbreaks, these crops were drastically reduced, and the farming community began to decline.

After the Great Kanto Earthquake of 1923, however, the population flowed in from the city centre and urbanization proceeded rapidly.

In 1932, when Tokyo City was divided into 35 wards, it was incorporated into Itabashi Ward, but due to the ardent efforts of local residents, the areas of Nerima-cho, Kami-Nerima-mura, Nakani-mura, Shakujii-Mura, and Oizumi-mura in Kita-Toshima County that were part of Itabashi Ward were separated in 1947, creating the 23rd ward of the Tokyo Metropolitan Government.

Things to do in Nerima City Ward

Tokyo Metropolitan Shakujii Park is a lush green park centring on Sanboji Pond and Shakujii Pond. The Sanboji Pond swamp stream plant community, where plants such as kakitsubata and mitsukashiwa grow wild, is designated as a national natural treasure. Boating and bird watching can also be enjoyed.

Tokyo Metropolitan Hikarigaoka Park is a vast park that includes a lawn, bird sanctuary, tennis courts, and a baseball field. A magnificent row of ginkgo trees stretches from Hikarigaoka Station to Keyaki Plaza.

This shrine is associated with Minamoto no Yoritomo. The main shrine, reconstructed in 1664, is the oldest wooden structure in Suginami Ward. There is also a folklore museum on the shrine grounds that displays the shrine treasures and local cultural assets.

Find out more about Igusa Hachimangu here on Google maps.

A 20-minute walk from the south exit of Ekoda Station brings you to a thickly wooded natural forest. Egotanomori Park is a perfect place for forest bathing and observing plants and animals.

Find out more about Egotanomori Park here on Google maps.

The path along both banks of the Shakujii River runs along the north side of Naka-Itabashi Station. Particularly beautiful is the 2-km course that runs from Naka Itabashi to Kaga. A cherry blossom festival is held in spring.

Find out more about Shakujii River here on Google maps.

Shakujii Hikawa Shrine was originally built in the Muromachi period when the Toyoshima clan built Shakujii Castle. After the fall of Shakujii Castle, the shrine became the general guardian of Shakujii and is still worshipped by many people today.

The shrine is the general shrine of Shakujii Township, and its deities are Susano-no-mikoto, Inadahime-no-mikoto, and Oonamuchi-no-mikoto. The shrine grounds, which cover an area of more than 2,000 tsubo (approximately 1,860 square meters), are a relaxing historical sightseeing spot that retains the atmosphere of the ancient Musashino-area.

It is surprising that there was a castle in Shakujii, but the history of Shakujii Castle is also surprising, as it is believed to have been built in the mid to late Kamakura period.

Shakujii Castle is said to have been abandoned in 1477, when the castle was attacked by Ota Dokan during the reign of Toshima Kageyu Saemon-jo, who was the lord of the castle.

The ruins of Shakujii Castle are designated as a historic site by the Tokyo Metropolitan Government. The plateau between the Shakujii River and Sanboji Pond is the site of Shakujii Castle, and the earthen mound and empty moat of the main fortress, the centre of the castle, remain. It is recommended for sightseeing of the castle, which is very popular nowadays.

Find out more about Site of Shakujii Castle here on Google maps.

Toshimaen Niwa-no-yu is a hot spring facility in Tokyo where visitors can enjoy a one-day hot spring bath. Originally, natural hot spring water was found underground during a subsurface survey for the Toei Subway Oedo Line.

Find out more about Toshimaen Niwa-no-yu here on Google maps.

Nerima Shakujiikoen Furusato Museum opened in March 2010 in a location adjacent to Shakujii Park, which is blessed with nature. Visitors can learn about the history and traditions of Nerima Ward, as well as the unique culture and nature of the area.

It is also a place where various cultural activities can be conducted, with facilities such as meeting rooms available for rent and creative works exhibited and presented.

Nerima City Heisei Tsutsuji Park is where a large number of azaleas, the flower of Nerima Ward, are grown. The park has about 600 varieties of azaleas with about 16,000 plants, and the highlight is the “Nerima no Kagami,” a rare and highly prized improved variety of azalea.

The best time to visit Heisei Azalea Park is from late March to late May, and during this period, visitors can take their time to enjoy the azalea blossoms, which bloom at slightly different times.

What do you think about Nerima Ward in Tokyo? Do you like finding out about the history and culture of this interesting area of Tokyo? There is so much history and unique things to do in this local neighbourhood of Tokyo, if you’re interested in coming for yourself, make sure to refer back to this blog.