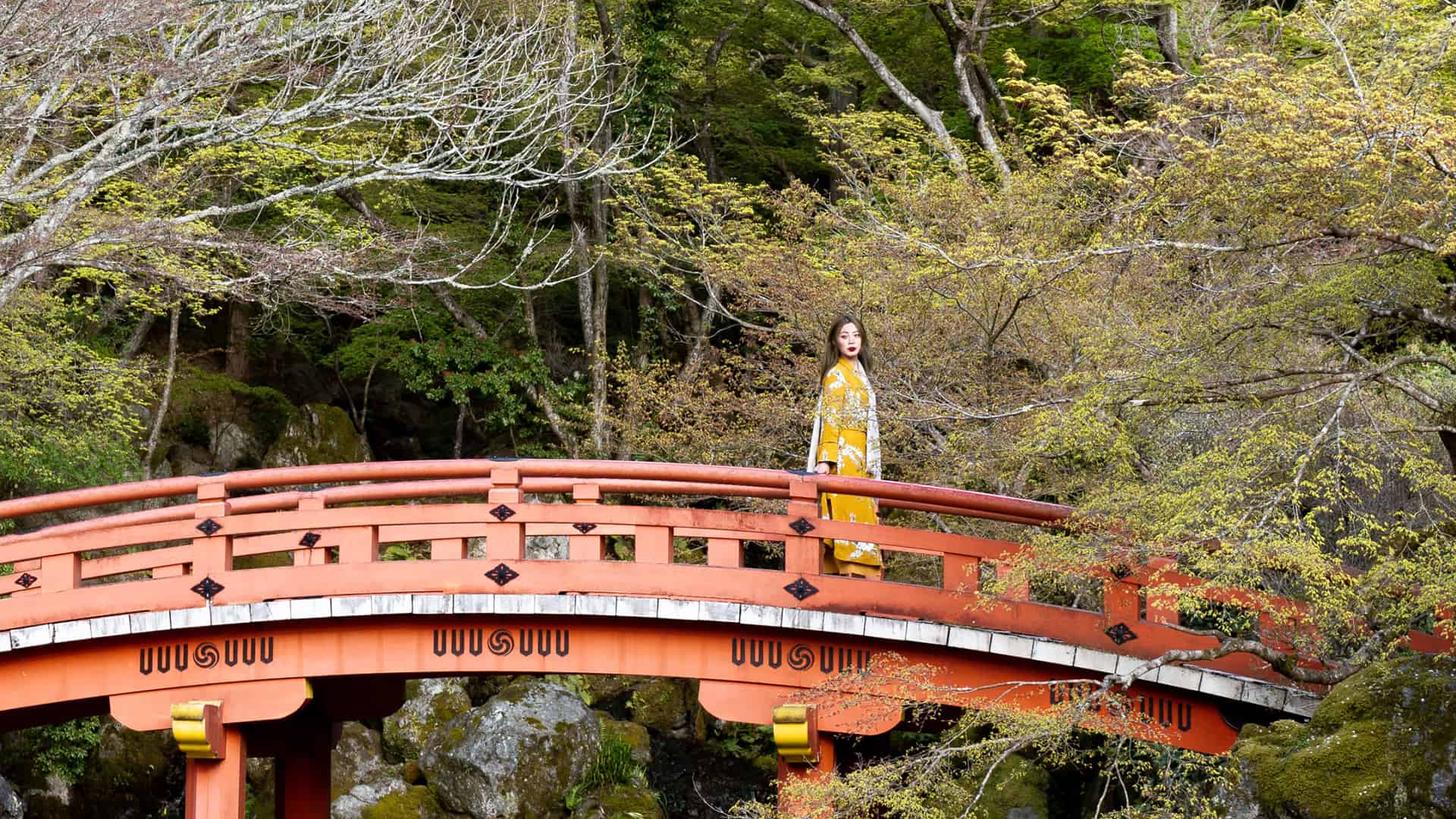 The Elusive Geisha: Japan’s Lady of the Night?

White faces, kimono, ornate hair accessories… The geisha has become one of the most iconic representations of Japan, Japanese culture and tradition. As not many people may know more about geisha beyond what they’ve seen in Hollywood’s Memoirs of a Geisha (2006) or in Japanese anime and manga, I wanted to share some information about geisha here. As there’s a common misconception that geishas are prostitutes, I’ll also share some information about Japanese Maiko and the actual courtesans of the Edo period: oirans.

Let’s get this out of the way: geishas are not prostitutes. The word ‘geisha’ consists of two Japanese characters, ‘gei (芸)’ and ‘mono (者)’ which are translated as ‘arts’ and ‘person’ respectively. As their title implies, they are artists, hired to sing and dance at dinners, banquets and parties, as well as to engage their clients in conversations, pour their drinks and to play games with them. They are also trained in poetry, literature and calligraphy. They are essentially the Japanese Renaissance woman.

A Japanese maiko is a geisha apprentice, usually tied to one geisha who acts as a mentor to her, or an “older sister”. Maikos will attend the same events as their older sisters, learning on the job. After a few years, a maiko will graduate into a geisha once deemed skillful enough (and, no, they don’t have to sell their virginity to become a full geisha as some movies may depict, at least not now in modern-day Japan).

As Japanese maikos are apprentices, they cannot command the same pay as geishas do. In Tokyo, maikos are even called “half-jewels (半玉, hangyoku), to indicate that they earn half of what a geisha does.

The misconception that geisha and maikos are prostitutes possibly originated in the 1940s, post-WWII. During the U.S. occupation of Japan, a number of Japanese prostitutes wore kimonos, painted their faces white and declared themselves geishas to attract the American military members who didn’t know any better, who then probably headed back home and told their friends that they’d slept with the exotic Japanese geisha of the Orient.

As we all know, geisha and maiko wear kimono. However, the type of kimonos they wear will depend on their rank. A geisha would wear simpler, lighter kimonos, usually in darker shades such as navy blue or moss green. A maiko would wear brighter, more vibrant kimonos in colours such as red or pink, and their kimonos will most likely have elaborate art on it. This makes the maiko look younger and cuter, as opposed to her older sister whose kimono will make her look more mature and elegant.

The traditional and cultural Japanese trademark of a geisha is perhaps her make-up, the white face and red lips. Like with the kimonos, geishas and maikos have different make-up styles. While the face remains white, their lips are painted differently. A maiko will usually only paint her lower lip while a geisha would paint both lips. As a maiko graduates into a geisha, she may choose to forgo the white make-up to look more natural and mature.

Now, we come to their hair and accessories! There are many different types of hairstyles for both geisha and maiko. Regardless of hairstyle, their hair will always be perfectly coiled, brushed and tied, never a strand out of place. While maikos must always style their own natural hair, geishas are allowed to use wigs, an easier and healthier alternative. Like with kimonos, maikos will have heavier and more outstanding hair accessories while a geisha will have subtle and lighter hair accessories.

You may have noticed by now that geishas, compared to maiko, have an “easier” time when it comes to their appearance. They are allowed to forgo the white make-up and extensive hair procedures; they wear kimono and hair accessories that are lighter and easier to put on; and they even wear more comfortable shoes. This is probably because they’ve already “paid their dues” as a maiko and so are now allowed more leeway.

As mentioned right at the start, geishas are not prostitutes. The ladies of the night who sold their bodies were Japanese oirans. Unlike regular prostitutes known as yūjo (遊女, literally “play women”) who sold sexual services, oirans were high-class courtesans who, like geishas, were highly-trained in traditional arts and sold their talents and not just sexual services.

Sophisticated, beautiful and talented in arts, they weren’t just street hookers standing in street corners. They were a rare commodity and extremely expensive, so much so that the average man in the Edo period would have to use an entire year’s worth of savings to have one night with an oiran. As a result of their high prices, oirans’ customers were usually rich and powerful individuals. They were so highly sought-after that they could pick and choose their clients, or at least the highest-ranking oiran (a tayū) could.

When prostitution was outlawed in Japan in 1957, Japanese oirans died out and you can now only find them as re-enactmets on stage and in Japanese festivals.

Oiran vs Geisha vs Maiko

Some may look at oirans and decide that they look similar to geishas just based on the fact that they both have white make-up and wear kimonos. But just like with geishas and maikos, you can easily tell apart Japanese oirans apart if you know what to look for. Overall, oirans looked more outstanding than geishas as they had to gather attention to themselves to attract clients. They would parade down the streets at night to advertise themselves and thus had to look as eye-catching as possible.

Japanese oirans wore far more elaborate kimonos than geishas or maikos, some with as many as five or seven layers, weighing up to 30kg in total. The most obvious difference was in the obi, the sash keeping the kimono together. Geishas would tie their obis and have the bow on the back, while oirans would have the bows in front of them, making it easier for clients to untie the obi and undress them.

Oirans’ shoes were also much taller, some as tall as 20cm. This would put them high above the crowd as they paraded down the street, getting them more onlookers and potential clients.

Unlike other Japanese traditions or trades that have undergone various changes alongside modernisation and globalisation, geishas have remained largely untouched by external influences. While there have no doubt been some changes—geishas no longer start out as young girls sold to geisha houses against their will for one—the geisha world today is still remarkably similar to the one of the Edo period.

Unfortunately, geisha numbers are shrinking and maybe they might one day die out. But just as the samurais and oirans did, geishas are sure to live on in books, photos and media, to forever remain a source of cultural pride for Japan.

Want to find out more about Japan? check out 3 Japanese Horror Legends And Their Legacies That Live On and Folktales, 6 most famous Japanese stories and legends! Find out some nature spots in Japan, day trip ideas from Tokyo, campsites in Japan and hiking spots in Japan.