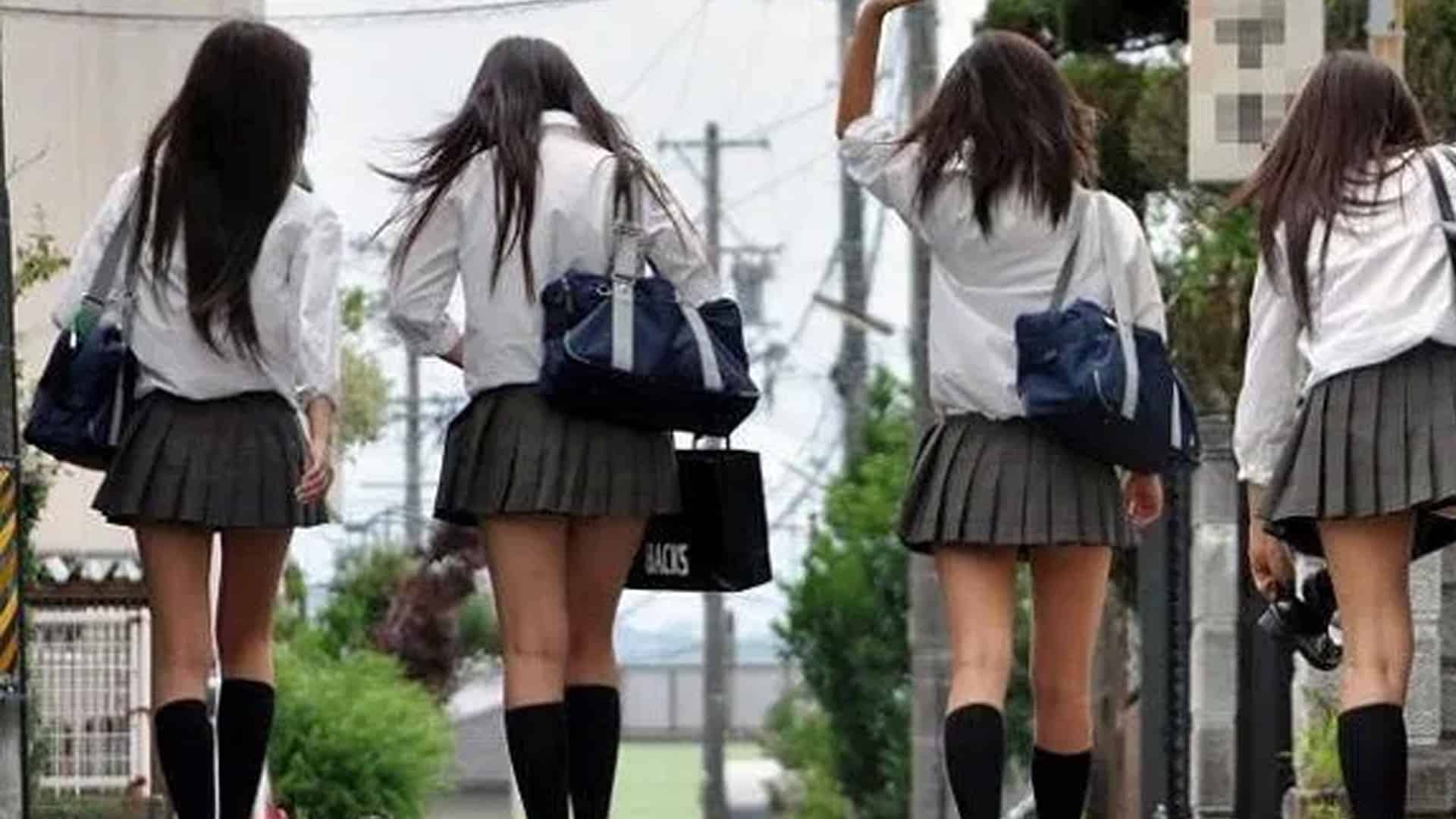 All of this is in part due to Japanese society’s tolerance of the sexualisation of young girls, and that’s what this blog article will be about. We’ll talk about child pornography in Japan, the depiction of young Japanese girls in anime and manga, idol groups, and more.

Japanese girls in anime and manga

There is an estimation that 30-40% of anime and manga have sexual themes and that a lot of it includes underage characters, whether it’s something subtle like having a gust of wind blow up a character’s skirt to reveal her panties, or something overt where the character engages in sexual acts.

This sort of anime and manga has its own genre known as ‘lolicon’, shortened from “Lolita complex”, and it refers to an attraction to young girls. It’s named after the novel Lolita where a middle-aged man is attracted to his teenage step-daughter. It’s used in the place of the more controversial and negative word ‘pedophilia’, making the genre easier to swallow.

There is a Japanese company selling sex dolls that look like children as young as five-years old. Like their adult counterparts, these children sex dolls look life-like, have smooth and soft silicon skin, and even feel warm. They are meant to be as close to the real thing as possible.

The founder of this company proclaimed himself as a pedophile and argued that his dolls help to keep similar individuals’ urges out of society and in their personal homes. In an article by Independent, he is quoted as saying, “We should accept that there is no way to change someone’s fetishes. I am helping people express their desires, legally and ethically.”

Japanese idols and idol groups are unlike other musicians or bands; their attractiveness and public personalities are advertised more than their music. You may know some of these groups: AKB48, Morning Musume, SMAP. While they’re primarily in the music industry, they are trained in other fields such as acting or modeling.

A subcategory of idol groups are junior idol groups. Unlike the aforementioned bands, junior idol group members are in their teens, usually between the ages of 14 and 16, but some are even younger. They perform and do the same activities as their older counterparts: sing and dance, hold fan meets, and release merchandise. What warrants their inclusion in this blog article are the costumes they dress up in, their photoshoots and their fanbase.

Junior idols often dress in “cutesy” outfits such as maid costumes, school uniforms or just short dresses and skirts. In these outfits, they perform on stage for a primarily male audience. While it remains relatively innocent if audience members are around the junior idols’ ages, audiences usually include a number of middle-aged men as well, some of who pay a fee to speak personally with the performers after the show.

Then there are the photoshoots. 14-16-year-old junior idols, some even younger, are photographed in provocative outfits or swimsuits, in playful poses. These photobooks are then sold to their fans, some of whom are ten to thirty years older than them.

If you walk around Akihabara, you might stumble upon a street where high school girls are standing around in their uniforms, handing out flyers to passers-by. Perhaps it’s a part-time job where they have to help advertise a store? Or maybe they’re student activists advocating for human rights. If you’re this far into the blog article, you know where this is headed.

Those girls are actually advertising themselves and the JK cafes they work for. JK stands for joshi kōsei, high school girl, and JK cafes are places where men can pay to sit and talk with them. In a comprehensive documentary by VICE titled “School Girls for Sale”, we learn that some JK cafes charge USD$30 for 30 minutes of conversation with a high school girl. Some of these customers are decades older than the high school girls.

Besides conversation, customers can pay an additional fee to take these girls on a walk around the area. Whatever happens during this time when they’re alone, maybe in a dark alleyway or even a hotel, is anyone’s guess.

In 2017, a new ordinance in the capital of Tokyo required JK businesses to be registered with law enforcement, and prohibited the employment of girls under the age of 18 in JK cafes. Some JK cafes keep their businesses running legally by rebranding themselves as “conversation cafes” or “cosplay cafes”, and the high school girls pose as part-time servers. Other JK cafes work with the new restrictions and hire girls of legal age but still have them dressed as high school students, thus still perpetuating lolicon.

Some high school girls may choose to work independently as opposed to working for a JK business. They receive financial support from older men in exchange for romantic or sexual favours in an arrangement known as compensated dating. This brings to mind relationships with sugar mummies or daddies, but unlike in other countries, compensated dating usually involves an underage girl.

It’s important to remember that there should be no shame in any woman or man’s decision to work in pornography, prostitution or other similar fields. The issue here is underage girls making those calls. We have laws that restrict the decision-making of underage people when it comes to drinking, driving, gambling or being a sex worker. Society has decided that there are certain things that people of a certain age cannot decide to do, and I argue that working in JK businesses or in compensated dating should be one of those things.

Why do some Japanese men prefer younger girls?

In Japan, women are expected to be traditionally feminine and kawaī, to some extent. While the word ‘kawaī’ is often translated as ‘cute’ or ‘adorable’, it means more than that, maybe not linguistically but certainly socially. Being kawaī is also about being innocent, naive, subservient, and needing someone to depend on.

With feminism growing more outspoken (albeit slowly in Japan), more women are educated and employed and thus do not fit the bill. In Japan, no one encompasses all these values more than young girls.

Of course, not every Japanese man wants a kawaī girl but there are undoubtedly a number of men who do (hence the supply), especially in the older population that is more accustomed to traditional gender roles. While this happens in other countries too, what sets Japan apart is how openly prevalent it is and how these urges are tolerated and even fed with a wide range of options that are easily accessible and technically legal.

While a romantic or sexual preference for children is undoubtedly an issue, the bigger issue in Japan is how mainstream its products are. As mentioned thus far, 30-40% of accessible anime and manga include fictional child pornography, idol groups are widely advertised across Japan, and JK businesses and compensated dating have yet to face strict crackdowns (the new ordinance regulating JK businesses in Tokyo resulted in the closures of just three JK cafes).