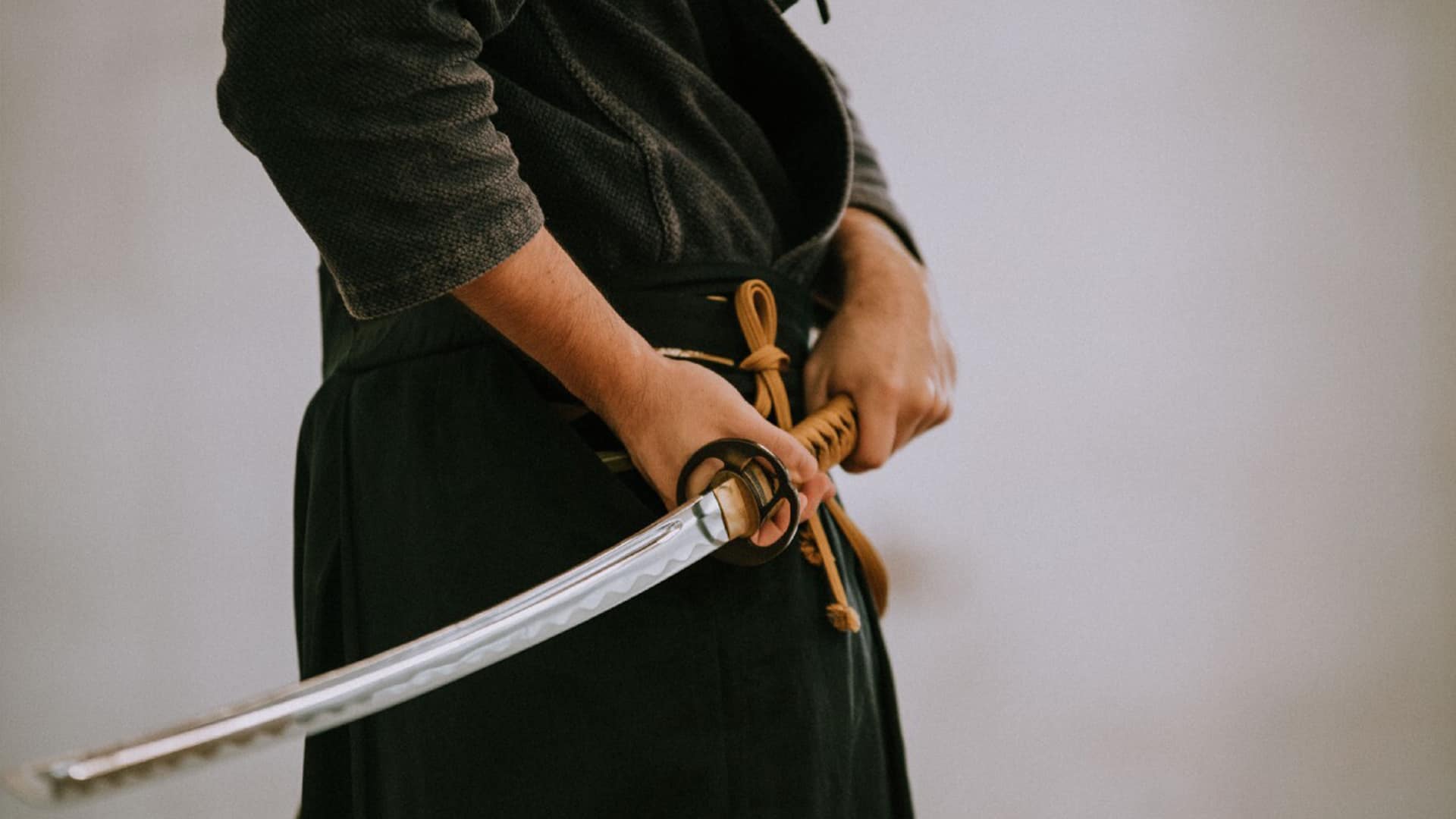 The Way of the Samurai: Discover Japanese Culture

Samurais have truly evolved throughout time as one of Japan’s most famous symbols. The ferocious warriors of the past, Japanese samurais are Japan’s original badasses. While they are most known for their long, sleek swords—the katana (刀, single-edged sword)—they were also trained to use bows, spears, and daggers, making them multi-talented warriors who were a force to be reckoned with on the battlefield. Here, let’s look at who are the real samurais, seppuku and samurai in Japan today.

Modern-day media often romanticises the samurai, making him an honourable figure that is strong, kind and loyal. They are depicted as protectors of the people and country, respected and beloved by everyone. But, like most parts of history, samurais have a darker and more gruesome side that would taint the shiny reputation they hold today. From unnecessarily beheading their enemies to rising in rebellion, samurais were not the mindlessly loyal or noble soldiers that the media depicts them to be today.

The Real Samurais in Pre-Modern Japan

Samurais were at their peak during, of course, war time, and no period in Japan had more wars than the Sengoku Period, also known as the Warring States Period (1467-1598), one of the bloodiest times in Japanese history. Japan was divided during this time and various warlords of different territories would go to war with one another for more control, power and wealth.

Though modern-day media would have us believe that Japanese samurais were deeply loyal to their lords and would fight for them or what they believed in, the reality was quite different. While there were certainly some who were motivated by their dogma, there were many others who fought for practical reasons such as money and status. Their loyalty was to the highest bidder, and samurais—even high-ranking ones—would switch sides in a war fairly often, contrary to popular belief (Cartwright, 2019).

For proof of these financial motivations, one needs to look no further than the savage practice of beheading their defeated foes. Samurais in Japan were rewarded additional allowances based on the status of their befallen enemy, and so had to behead their enemies for them to be identified later on (Cartwright, 2019).

Some may think that Japanese samurais were noble killers, killing only when necessary. In reality, samurais partook in different types of indiscriminate murders. It is said that some samurais would behead an innocent person walking past them on the road just to see if their swords were still sharp. This is thought to be so commonly-practiced that there’s even a term for it: tsujigiri (辻斬り), or “killing at a crossroad.” They would target innocent people uninvolved in the war as well, such as women and monks. They were even known to burn down entire villages (History Extra).

This is not to say that all samurais were violent, cruel or dishonourable. There was undoubtedly a number of samurais who lived up to the high standards that modern-day media set for them. If none of them did, we wouldn’t know of the infamous seppuku ritual that is closely associated with samurais today.

Bringing shame upon themselves or their lords was the worst thing a samurai could do, so much so that they would commit suicide if they did, in a ritual known as seppuku (切腹, cutting belly) or harakiri (腹切り, belly-cutting), where they would disembowel themselves with a dagger and have their heads cut off almost immediately. This was repentance for their shame.

If a warlord performed this ritual in defeat, his disciples would follow (Cartwright, 2019). Though we’ve established that some samurais fought for money and status, there were others who fought for their lords whom they wholeheartedly loved and believed in, and their loyalty to them ran so deep that it meant even following them into the afterlife. Others would defect to the other side if they could, or be executed.

Other cases of mass seppuku were committed when an army knew they had no hope of victory against their oncoming enemies. Instead of dying at the hands of their foes, they decided it was more honourable for them to take their own lives, to show they had control over their own fates.

The most popular case of mass seppuku is the case of the 47 Rōnins, a famous true story that many still know and love today. After their lord committed seppuku in defeat, their army was disbanded. 47 of them went into hiding and started new lives as regular townsfolk, some even marrying and having children. Two years later, they banded together and assassinated the ones responsible for their lord’s death. Thereafter, they took their own lives together, happy to finally follow their beloved lord into death now that they had avenged him (Cartwright, 2019).

Though it’s a great story, it’s important to note that it was a rare occurrence and that many samurais would not commit seppuku and would instead find other ways out such as joining their enemies or running away.

The Samurais We Know in Post-Modern Japan

All the wars in Japan eventually ended, as all wars must. The once-divided Japan was now unified under the shogunate Tokugawa Ieyasu. There was no more pointless bloodshed, citizens could walk safely in public, and the arts and education flourished. It was the end of pre-modern times, a time of peace.

Understandably, the war-fighting Japanese samurais had a hard time fitting into this new peaceful society. Their roles as mediators and warriors were gone, and they struggled to find work. They had to drop their weapons and find other types of employment (Brittanica, 2020). Many samurais were frustrated that their way of life was changing, but they were really left with no choice but to adapt, so they educated themselves in order to take on more intellectual and administrative roles.

They switched to relatively high-ranking jobs as bureaucrats or advisors, and so remained at the top of the hierarchy (Brittanica, 2020). It was during this time that the bloody history of samurais was rewritten. As the samurais in Japan now held jobs that required gentler and calmer temperaments, texts written during this time depicted the samurais as today’s media does: noble, kind, loyal. The famous bushidō (武士道, way of the warrior), a code of honour and ideals for samurais to live by, was created based on the behaviour and conduct of samurais in this period and hence calls for discipline and honour.

Thus, the image of chivalrous samurais that we have today was born, though not completely accurate compared to the samurais of old.

Since then, samurais began to fade away from society, and their services as sword-wielders were no longer needed.

Though Japanese samurais don’t exist anymore, they are still well-known across the  world. They are one of Japan’s most loved legends and you can find many popular portrayals of them, such as in Rurōni Kenshin (1994) and Samurai Fiction (1998).

Tourists can even take part in samurai classes! This usually includes dressing up in traditional samurai garb and learning how to wield swords (and, of course, being photographed while doing it). One of the places you can do this, as well as learn more about samurai, is at the Samurai & Ninja Museum in Kyoto. You can learn about the samurais’ legacy and what purpose they had in Japanese history.

Samurais typically dressed in long, dark kimonos, with an obi (帯, sash) around their waist where they kept their swords tucked away. Traditionally, samurais kept their hair out of their face, tucking their hair up in a top knot on their heads. When going off into battle, they would wear a kabuto (兜, helmet) which would protect them from enemy attacks (Grabianowski).

Today, you can find samurai kimonos in vibrant colors, which was originally looked down upon as it drew too much attention to oneself and was considered arrogant. As many people now dress up to represent the historical figure, they use eye-catching patterns and intricate designs as there’s no reason not to anymore.

Samurais are a crucial part of Japanese history that many people find fascinating. Though they have a bloody and vicious history, today they represent the best parts of themselves as the traditional warrior who was honourable, noble and loyal, and their legacy is one that is unlikely to be lost.

Want to find out more about Japan? check out 3 Japanese Horror Legends And Their Legacies That Live On and Folktales, 6 most famous Japanese stories and legends! Find out some nature spots in Japan, day trip ideas from Tokyo, campsites in Japan and hiking spots in Japan.