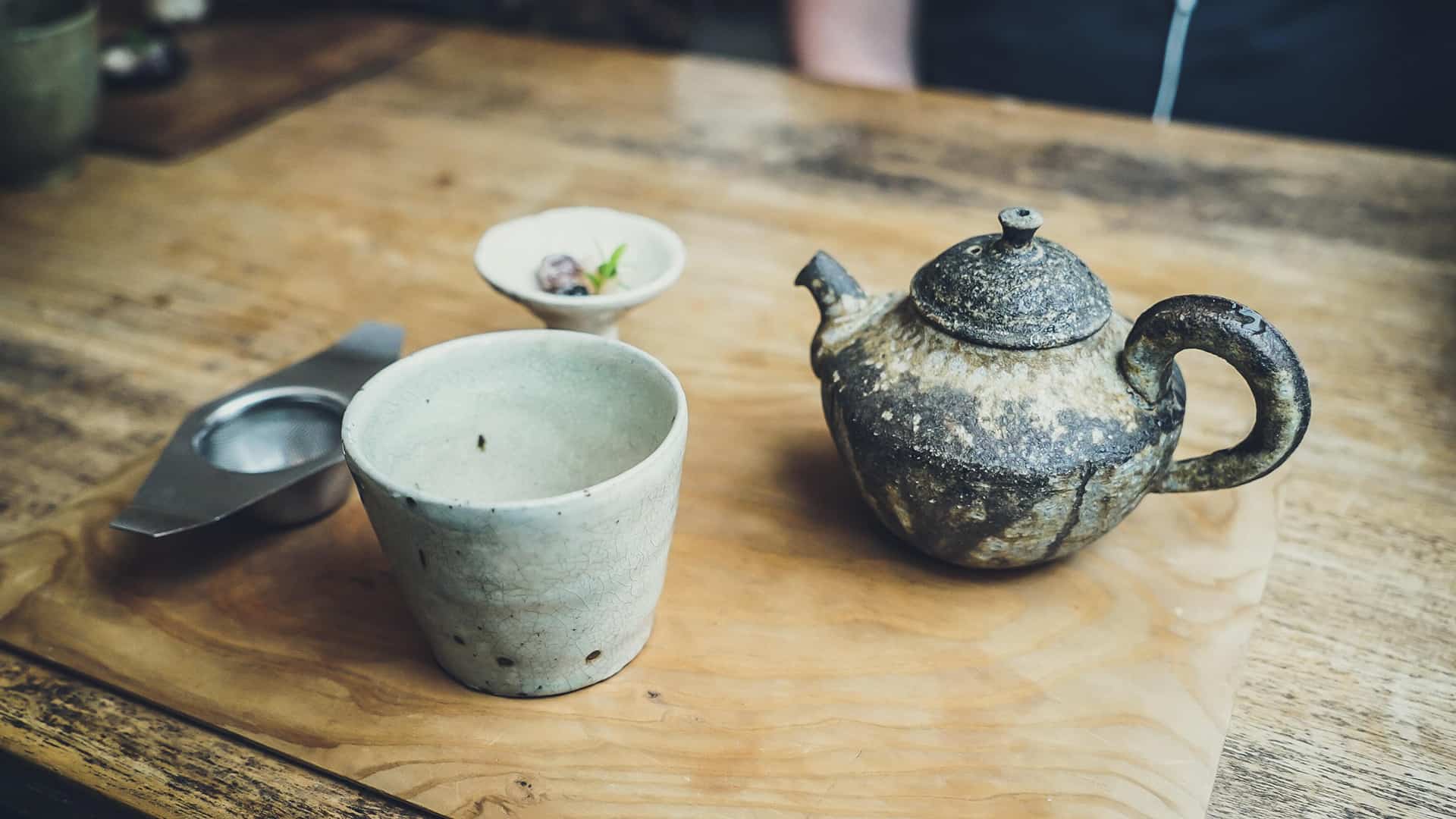 The Japanese Art of Being Imperfectly Beautiful: Wabi-Sabi

Do you know what wabi-sabi is? Yes, it rhymes and is fun to say, but it’s also so much more than that. It’s a belief that all of us can apply in our lives to see the world in a different way, and perhaps appreciate it just a little bit more. Here in this blog, you will figure out Wabi sabi in Japanese, meaning, art and designs.

Wabi-sabi (侘寂), roughly summarised, is “the aesthetic of imperfection and tranquillity”. In historical times, this philosophy was the foundation for beauty in traditional Japanese art and pottery, particularly tea cups.

The origin of wabi-sabi is accredited to Sen Rikyū, a tea ceremony master who helped popularise the belief. He is admired by other tea masters as a person of extreme creativity. He is also said to have embodied wabi-sabi itself.

Rikyuu spread the concept of wabi-sabi towards the end of the Warring States period in Japan (1467-1615). Wars between samurai were common during this time (we get into this period more in our blog about samurai), making it one of the bloodiest times in Japanese history. You’d think a concept promoting tranquility would be the last thing to gain popularity in those times of violence. Yet, it actually became a sacred belief. People found solace within the peace and calm of wabi-sabi, a stark contrast to the emotionally-charged vengeance and murderous rage at the time.

The true meaning of wabi-sabi is said to be extremely difficult to grasp, but thankfully thousands of art pieces have been left behind as visual representations, and new ones are made everyday.

The Meaning Of Wabi Sabi

Wabi-sabi is a combination of two words:  ‘wabi (侘)’ which translates to simplicity and unique imperfections, and ‘sabi (寂)’ refers to the essence of an object and the effect of time. These values are highly influenced by three core aspects of Buddhism: impermanence (mujō, 無常), suffering (ku, 苦), and emptiness (kū, 空).

Impermanence focuses on the fleeting nature of time and how one may find beauty or peace in it, even in the death or end of something. Nothing embodies the philosophy of impermanence better than Japan’s famous cherry blossoms, which are in bloom for a mere two weeks in the entire year.

Suffering acknowledges adversity and how things don’t always go perfectly or according to plan. We may emerge from trials with battle scars and wounds.

Lastly, emptiness within is meant to bring focus to our surroundings (i.e. nature) and help us separate ourselves from the material world.

To truly understand these concepts in communion is a difficult task and will require the highest level of emotional maturity. It isn’t an ideology that can suddenly be achieved, instead received only by those who go through diligent training (Sōsen).

Wabi-sabi isn’t only an ideology, but an art form. This belief of “imperfection and tranquility” is applied to traditional Japanese crafts, especially pottery.

Wabi-sabi can be seen throughout Japanese pottery, as the designs are made to reflect the idea of embracing flaws.

You can see wabi-sabi specifically in tea cups that used the technique of kintsugi (金継ぎ, gold knitting), where pottery is intentionally broken and then put back together with either gold or silver lacquer filling in the cracks.  This creates an entirely unique piece of pottery that is made beautiful by its imperfections instead of marred by them (Taggart).

Since it’s impossible to recreate the same cracks in every cup, each had a unique feature.The more cracks actually make the cup stand out more as the gold contrasts with the earthy tones of the clay.

Besides cracks, pottery completely comes apart in the kiln, and craftsmen find this to be even more endearing. Again, they patch up the ceramics with lacquer. It results in a piece with its own story, and some of the best wares are the ones that have been broken and rebuilt multiple times.

Kintsugi is important to wabi-sabi practitioners as it shows that something broken can still be beautiful (Carnazzi). If you like what you’ve seen so far, check out our article on the best places to shop Japan; you may be able to find a few kintsugi pieces!

Wabi-sabi designs extend out to interior decor as well. Tea rooms are designed for simplicity, and the traditional ones originally made by Sen Rikyū were extremely small. This was to place emphasis on the tea ceremony itself, and the items that were used (Sōsen).

Wabi-sabi-inspired art is still instilled in Japanese culture today. It’s incorporated into many other traditional art forms like ikebana (生け花, flower arrangement), pottery, as well as architecture. Try visiting a traditional ryokan (旅館, Japanese inn)  with a zen garden and wabi-sabi design to get the full experience. Kyoto features many of these types of facilities, and you can learn more in our article about where to live in Japanese.

Want to find out more about Japan? check out Sexualisation of young Japanese girls through anime, manga, idol groups and The Way of the Samurai: Discover Japanese Culture and The Elusive Geisha: Japan’s Lady of the Night?