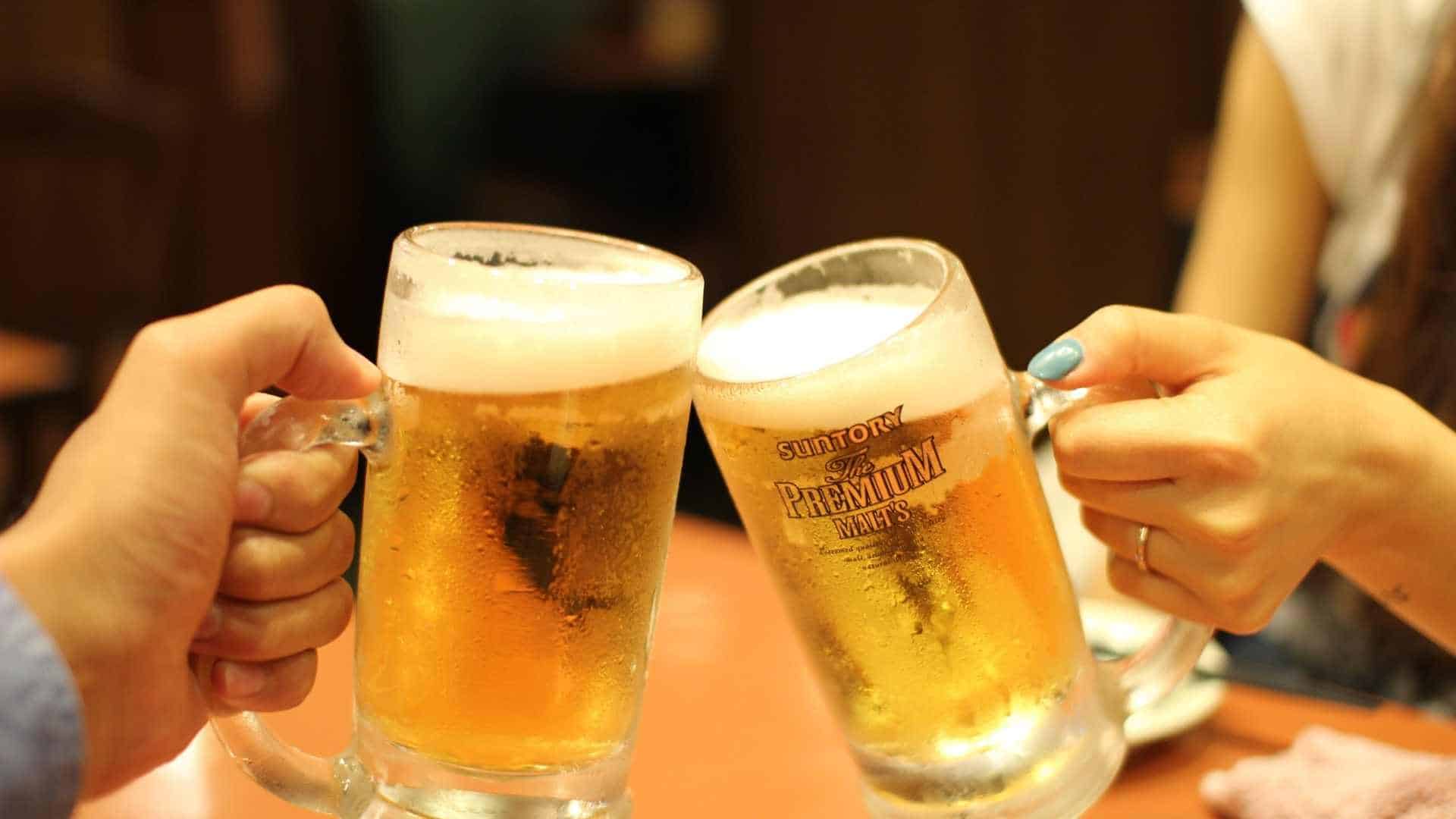 Beer is a massive part of drinking in Japan. Japanese beers are the most popular alcoholic beverage drunk at home, bars and izakayas. If you are a fan of beer, you need to check out both the classic Japanese beers and the latest Japanese craft beers! In this blog post, we’ll break down everything need to know! If you have any questions or recommendations, let us know in the comments below!

Find out more about the different Japanese drinks, the special strong zero you can get in Japan and how to prepare for a night out in Tokyo. Want to check out more bar recommendations in Shinjuku, Shibuya, Roppongi, Akihabara, Asakusa, Nakano, Shimokitazawa and Koenji.

When you visit izakayas, you often hear people yell out their orders of “nama”, short for “nama beer”. While the Japanese word ‘nama’ translates to ‘raw’, “nama beer” does not mean “raw beer” (eck!); it instead means beer on tap. Most izakayas have contracts with big beer companies in Japan so there isn’t much variety in their beer selections, so don’t expect too many options under the beer section on an izakaya menu.

Compared to beers from other countries, Japanese beers taste milder. They. also tend to have a crispy, lighter taste that accompanies meals well.

When drinking in Japan, you can order beer in different sizes in izakayas, the most common being a “jokki”, which is a mug. The volume of jokki differs from place to place. Some places even further categorise their jokki into small, medium and large sizes.

The four big beer brands in Japan are Kirin, Asahi, Sapporo and Yebisu. Read on to know more about these brands, or you can jump ahead to the section on Japanese craft beers if that’s more your speed!

Kirin Brewery Company is one of the largest and oldest breweries in Japan, established officially in 1907 as a separate entity of the Japan Brewery Company. Kirin beer, however, has been marketed since 1888.

Kirin produces a range of different beers but the Kirin Lager and Ichiban Shibori are the most popular in Japan.

Asahi is the largest of the Big Four and dominates markets across Japan. You can’t go drinking in Japan without finding Asahi. Its name ‘Asahi’ translates to ‘rising sun’ in Japanese and they were named as such to symbolise promise and growth like that of the morning sun.

They’ve got a few different beers, its primary one being the Asahi Super Dry. It’s a lager but has a crisp, dry flavour, not unlike German beer. Asahi Super Dry is the most popular beer in Japan and is also known worldwide.

Sapporo beer, as one can guess from its name, was first brewed in snowy Sapporo, Hokkaido in 1876. They produce mainly dark and pale lagers. Their most popular product is the Sapporo Black Label that has a refreshing and refined flavour.

Though officially retained by Sapporo Brewery, Yebisu itself has become a separate entity at least socially and culturally. Its two main varieties are Yebisu Premium, a lager; and Yebisu Black, a dark lager.

Yebisu beers are more expensive than Kirin, Asahi and Sapporo in convenience stores, and as such has come to be known as a “luxury” beer. Sapporo Breweries describes it as a beer with “a touch of class”.

As mentioned in one of our previous blogs, Japan has an obsession with seasonal and limited editions of everything. Beer is no exception. Each of the four big brands produce limited edition beers that you can get only in certain areas of Japan or only during particular months in the year. If you have the chance, give these special edition beers a go!

For example, if you’re in Japan in spring, there’ll definitely be pink, spring-themed beers!

Sapporo Breweries also has its own special beer. They produced Sapporo Classic which was carefully designed to complement the local cuisine of its home prefecture, Hokkaido. However, you’ll need to travel all the way up there to sample this one as it’s available only in Hokkaido.

There are other limited edition beers. You’ll able to tell them apart from the regular ones by its usually elaborate/more colourful packaging.

Throughout history, Japanese laws and regulations had favoured big breweries, allowing them to dominate the beer market and also lessening the competition between them. However, those top dogs are now being challenged.

It’s been 110 years but the Japanese government has finally revised its classification of beer, lowering the required malt content and allowing for extra ingredients. This has allowed Japan’s drinking community to brew up (pun intended) a great arena for craft beer! Japanese breweries are coming into their creativity, experimenting more with Japanese flavours and coming up with products that aren’t of American or European descent.

Pre-2018 and pre-new beer regulations, Japanese craft beers were classified as happo-shu (発泡酒), sparkling alcoholic beverages. No beer brand wants that classification as it’s often associated with cheap and regrettable alcohol. Now, in this new age of beer in Japan, Japanese breweries get to define what Japanese craft beer will be like.

It’s difficult to try all the Japanese craft beers as there are more than 300 breweries and bars opening up nationwide but here’s a salute and a shout out to the gems that we’ve tried.

This distillery has its roots in Japanese rice wine and began brewing ales back in 2004. To me, they are among the OG-ranking in terms of true Japanese craft beer. There’s no better brand to give your Japanese craft beer virginity away to than them.

Founder and brewmaster Scott Brimmer has helped cultivate quality beer in Japan with his specialisation in traditional ales and lagers.

Founded by three Americans in Tokyo, DC beers are the closest to American-style beer you can get that’s made in Japan. DC often provides tastier brews than some of the imported beers.

Dedication and passion are synonyms for Rise & Win. Whether it’s the quality and taste of their beer or setting an example of what it means to be sustainable, these guys are doing amazing things.

For those who enjoy a higher alcohol content, this one’s for you. Brew pub and rock bar, they’ll have 20 taps lined up with most of their beers at over 7.0% ABV. You can only get these at their own bars.

Beer is the go-to alcoholic drink for many people, and if you’re one of them, you should definitely try out the different beers of Japan when you’re here!

If beer’s not your drink, there are other different types of Japanese alcohol you can try including nihonshu, shochū and so much more. Find out more about these different beverages.