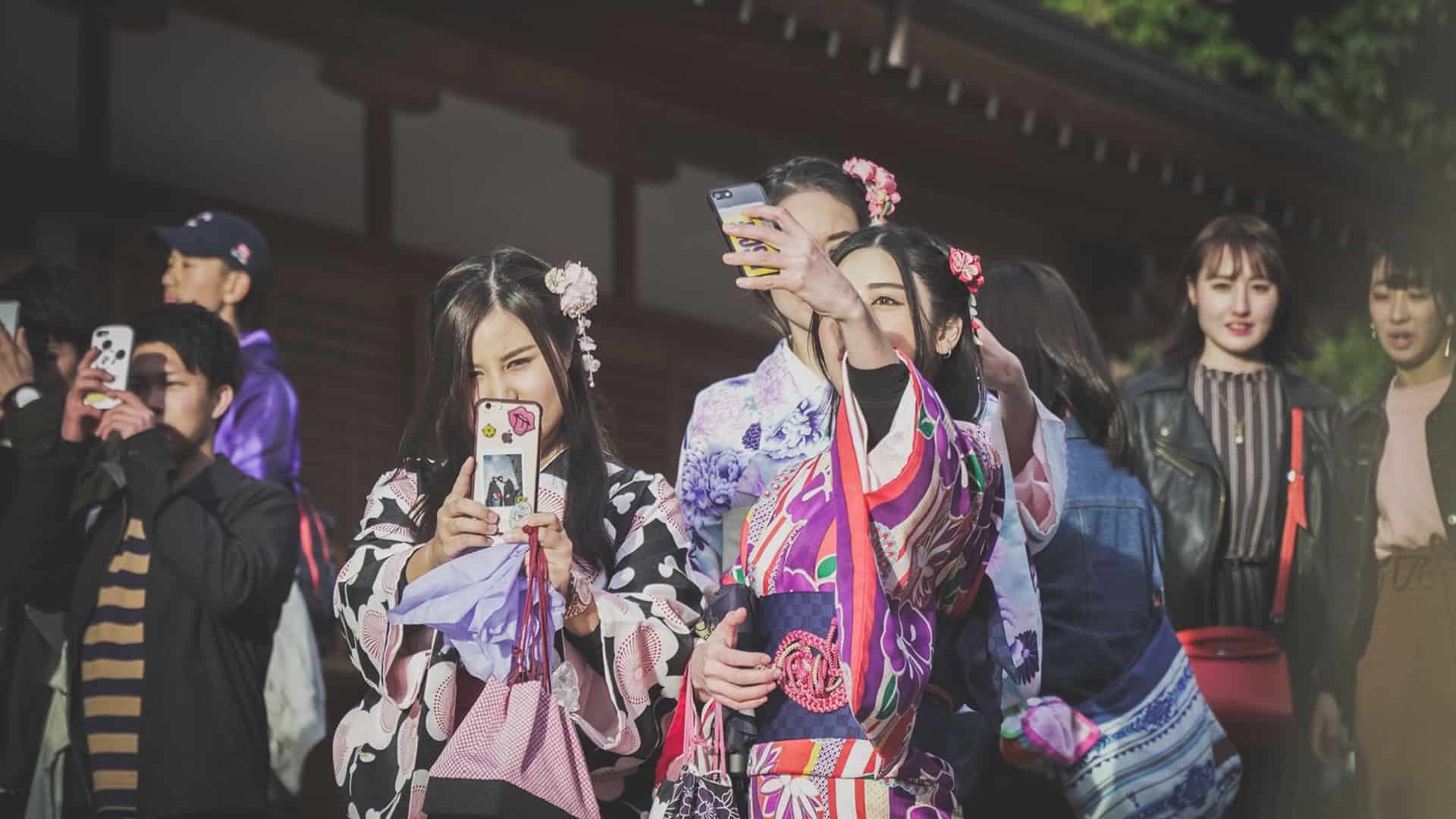 How To Prepare For Summer In Japan, Summer foods and clothing

Summer is hot. Summer in Japan is even hotter. Depending on what part of Japan you live in, summer can be unbearable. For example, Tokyo and Osaka are known to be hotter due to the heat island effect; where urban areas face hotter temperatures compared to rural areas. Here’s how to prepare for summer in Japan, with summer clothing, Japanese food and drinks you can enjoy!

With the sun blazing down on surfaces like pavement and rooftops, the heat collects into what is called a “heat island”. It honestly feels just like that when you travel to one of these major cities in the summer, as the sunshine makes it intolerable to be out during the day (Heat Islands)

Despite that, many people come to Japan for summer vacation, and there are tons of summer activities to partake in. There are summer parades, firework competitions, and nature trails. Picnics and beach trips are popular as well. It’s a great time of the year where people are out and about.

But what a lot of people tend to underestimate is just how hot it can get in Japan. You definitely don’t want the weather to ruin your day plans so I’m going to tell you how you can prepare for summer in Japan.

How To Prepare For Summer In Japan

Japan offers a vast range of products to help prepare you for it’s humid summers. Many of these have a cooling effect that are meant to stay cold for long periods of time.

You can find wipes, such as ones made by the brand Sea Breeze. Sea Breeze’s products focus on giving you that cool feeling while keeping your body smelling fresh. Along with wet wipes, they have shampoo, body wash, spray, and liquid deodorant. You can find it in many scents like mint or soap.

Upon walking into your local drugstore around summertime, there will be products that you may be more familiar with like cooling towels and portable handheld fans. Many home goods stores will sell cooling bedding like pillow cases or mattresses made out of a cooling material. This way you’ll be cool not only outdoors, but indoors too.

Along with that you can get sweat pads for your sleeves, and sprays that are meant to keep your clothes feeling cool. It really comes in handy during the extra clammy days, and especially when you’re out all day.

In terms of how to control sweat and body odor, Japan sells different kinds of deodorant and antiperspirant. Many of them will have the same cooling effect, of course.

However the deodorant and antiperspirant here are fairly mild, and it’s not as widely used within Japan, since there are many other options as previously mentioned. There are people that don’t use any of these products, and riding a crowded train on a hot morning can get pretty stinky. Make sure you’re the fresh smelling one and buy yourself one of these cooling products.

In general, the Japanese dress fairly conservatively despite the temperatures being so high. Women especially wear long skirts and dresses, and tend to keep their shoulders hidden. Having said that, the further you travel into the cities, the more bold fashion you’ll see.

They won’t stare at you for wearing a tank top either, and the atmosphere around wearing revealing clothing has relaxed over the years. Summer in 2020 is different compared to summer years ago, as the fashion trend has changed accordingly. If you’re curious as to how it exactly changed, check out my blog on Japanese Modern Fashion.

Linen is a popular material to wear in the summer, as most clothes made with linen are loose and breathable. Japan makes linen everything; shirts, trousers, dresses, and even shoes. Try it out and see what you think of it. They make great summer clothing in Japan, with the hot and humid weather.

During summer festivals, many people take the chance to bring out their yukata, which is the summer version of a kimono. Make sure you wear your yukata, and don’t let a little heat shouldn’t stop you from experiencing one of these festivals where there are games and festival food. To learn more about what is there to do at a summer festival in Japan, check out our blog.

A yukata is popular summer clothing in Japan, it is much more casual than a kimono, and isn’t nearly as complicated to put on. While there are places that sell traditional yukata, you can find cheaper versions online.

Japanese food is amazing and there are so many great summer Japanese food options for you. Here are some great summer food in Japan here for you! First, there is zaru soba (ざるそば), which are soba noodles that are cold. Served with a dipping sauce called mentsuyu（めんつゆ), it’s a light, refreshing meal for when you’re feeling exhausted by the summer heat.

Often served with green onion and grated daikon radish, it has a distinctive flavour. You can buy all of the required ingredients at your local restaurant, but many high-end traditional Japanese restaurants have zaru soba on their menus.

After having your meal, you’re now craving something sweet for dessert. Lucky you as Japan’s staple summer dessert is easily accessible and comes in so many flavours. With the minimal ingredients of just ice and syrup, it’s extremely easy to make.

Shaved ice, or kaki-gōri（かき氷） in Japanese, is a summer treat  found in restaurants, food stalls, and of course convenience stores. The typical way to eat it is in a bowl like ice cream, but there are kaki-gōri popsicles as well.

You can even buy your own kaki-gōri machine, where you load in ice and turn a handle until it’s all crushed up. From there you just need the syrup for flavouring, and your homemade kaki-gōri is complete.

The syrup comes in all different kinds of flavours such as strawberry, lemon, soda, watermelon, mango, and matcha. Adding condensed milk on the top will give it a sweeter flavour, and fresh fruit is another popular topping. If you’re in Japan during the summer, look for a blue sign with the character for “mizu” (水, water) on it, and that’s where you’ll find your shaved ice.

Which is your favourite summer food in Japan? Let us know in the comment section down below.

As for everyday drinks, there are certain ones that are meant to help with heat stroke. Check out these summer drinks in Japan to cool you down.

Sports drinks like Pocari Sweat and Aquarius, have a high level of carbohydrates and electrolytes, which will keep you hydrated even if you’re sweating a lot. Other brands with the same composition are Green Dakara by Suntory, and Salty Litchi by Kirin.

Barley tea is also very popular in the summer as a refreshing tea option. It’s not very popular with people who haven’t rown up on it as the taste is very “roasted” of sorts. Some compare it to cigarettes, and it’s definitely an acquired taste.

You can find barley tea as well as the other drinks at any convenience or grocery store, and they are all common drinks that are sold all year round. They definitely make great Summer drinks in Japan.

Summer in Japan is stifling and humid, and you’ll find yourself wanting to take a shower one, two, or even three times a day. From the start of the rainy season in June, to around early September, the mugginess can be unbearable. Warm rain isn’t uncommon in Japan,and it’s important to be careful of not only sunny weather, but stormy weather as well.

Check out the Best Ways and Places to get in touch with Nature in Japan and Ultimate guide to Zamami Island in Okinawa: What to do and hidden gems !

Because the humidity percentage is high at all times, it can feel uncomfortable being outside for even a small time. But now you know how to prepare for summer in Japan, with summer clothing, summer food and drinks in Japan. You don’t have to let the summer heat get to you. Let us know your experience in Japan, and which product you love best!