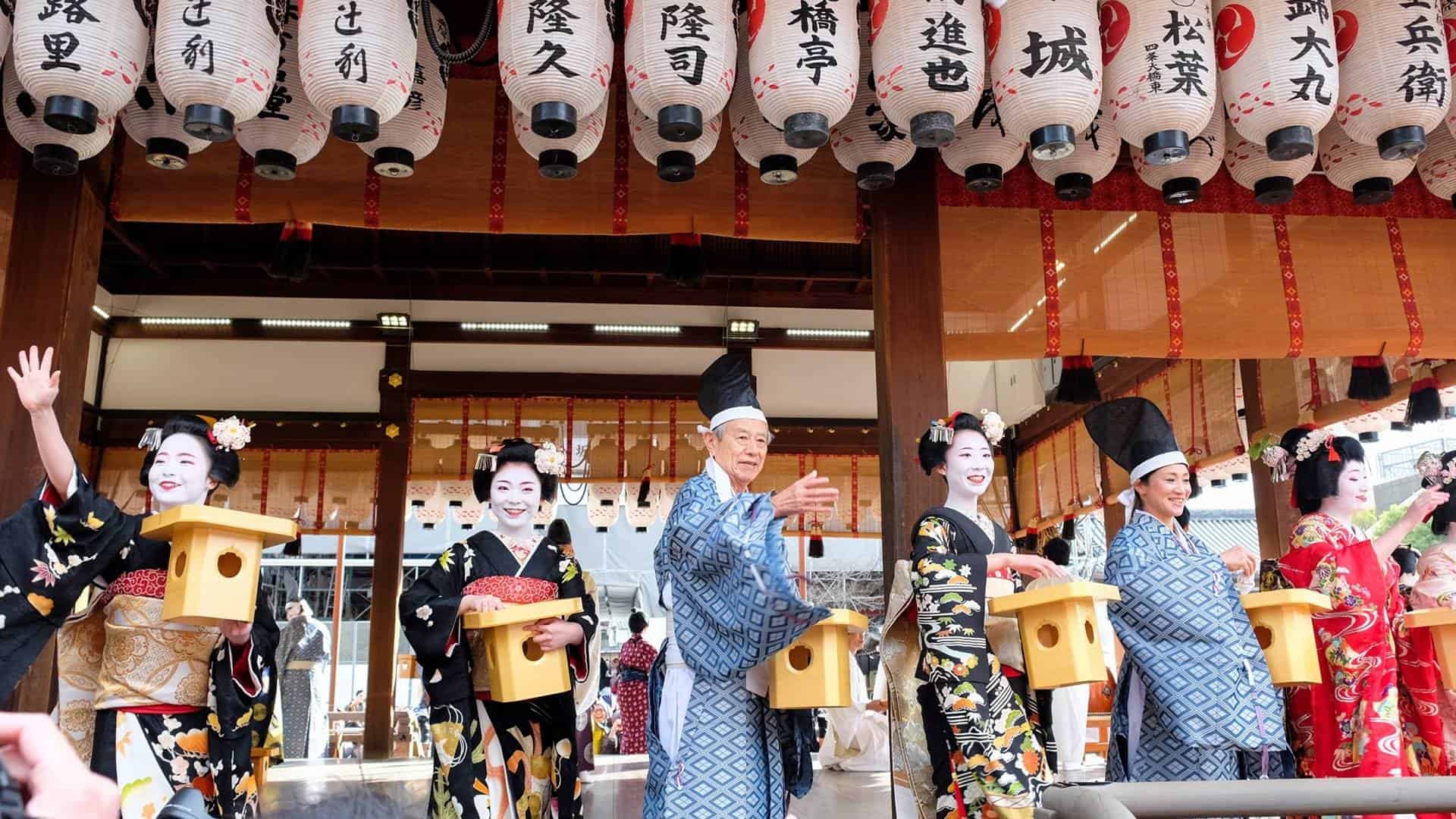 Have you seen the ritual of sowing beans or the tradition of eating giant sushi rolls? These are practices for the setsubun event. Let’s take a look at what is setsubun, the origin of Setsubun, its relationship with Lichun, and the correct way to sow beans.

Setsubun is generally said to be an event to get rid of evil spirits and pray for a disease-free life. Since ancient times, it has been thought that it is easy for evil to enter at the turn of the season, and since it is still cold at this time, it is easy to get sick. As an event to pray, an event called Nuo folk religion has been held.

The practice of chasing the demons away is called Oniyarai. This practice was inherited by temples and shrines in different places, and has spread to the general public throughout the years.

What is the origin of setsubun?

Originating in China, it is said that during the Heian period, when continental culture was widely adopted, Nuo folk religion began to be held as a Miyanaka event on New Year’s Eve. This is a ritual where Onmyoji comes to cleanse the evils and disasters on New Year’s Eve.

In the olden days, there is a description as an epidemic payment in “Zoku Nihon Shoki”. Nuo folk religion as a Miyanaka event gradually declined, and it is said that it was no longer held in the Edo period.

However, from some time ago, Nuo folk religion spread and became established among the common people as an event called “Setsubun,” where beans were sown and demons were dispelled to pray for a disease-free life.

Most people know Setsubun to take place on February 3rd, but there are rare years when it becomes February 2nd or 4th, and the date is not fixed.

This has to do with a leap year once every four years. Originally, the word Setsubun has the meaning of dividing the seasons, and refers to all of the “Rising Spring, Rising Summer, Rising Autumn, and the day before the Rising Winter” of the 24th solar term, which is originally the beginning day of the season.

Twenty-four solar terms are based on the movement of celestial bodies and are determined by the positional relationship between the sun and the earth. Lichun is the day when the ecliptic coordinate of the sun reaches 315 degrees. The orbital period is not exactly one year, and there is a gradual shift. By setting a leap year that is increased by one day every four years, the book ends are adjusted.

Setsubun will be on February 2nd the year after the leap year. The next leap year will be 2024, so the setsubun for 2025 will be February 2.

Why sow roasted soybeans at Setsubun?

It is an event called “Setsubun” to get rid of evil spirits and pray for a disease-free life, but why sow beans?

Since ancient times, the Japanese have believed in the existence of Kotodama, the Japanese belief that mystical powers dwell in words and names. Soybeans in Japanese is “mame”. “Mame” can be written in the kanji of “魔”, which means “demon” and “目”, which means “eye”. So by sowing soybeans, it is believed that the demon eyes are being destroyed and the evil spirit is dispelled.

Besides this, beans are a symbol of five grains (rice, wheat, Japanese millet, millet, beans), and the Japanese, who are agricultural people, have believed that God dwells in these.

How to sow roasted soybeans at Setsubun?

So how do you sow beans during Setsubun? It’s not that it’s just a mess, but there are proper rules.

Originally, this ritual was performed by the patriarch, but recently it is often done by older men, older women, and people who have an unlucky year.

Here, let’s take a look at the steps in order for the correct method of sowing beans. Depending on the region, the practices also differ but this is one of the most common ways to sow soybeans.

What food is eaten during setsubun?

Salty iwashi are salted sardines and they are the staple of setsubun. It is believed that demons don’t like the smell of iwashi. During setsubun, you can eat grilled iwashi, iwashi miso soup or ginger iwashi.

Ehomaki is the big sushi rolls you have seen around. It is believed that if you eat Ehomaki silently, your wish will come true.

There are different theories about its origin, but it is said that it started as a prayer for prosperous business in Osaka and Senba at the end of the Edo period. There are 7 kinds of ingredients used in Ehomaki, symbolising the Seven Lucky Gods.

In Hokkaido, Tohoku, Shinetsu, and Miyazaki / Kagoshima prefectures, many households use peanuts instead of soybeans during Setsubun.

According to the National Peanut Association, it spread around 1955 to 1940. The reason is that whole peanuts are more hygienic and easier to pick up and eat.

In Chiba prefecture, a famous peanut producing area, there is a local recipe of fried peanuts, where crushed fried peanuts are sprinkled on sardines. It’s commonly eaten during Setsubun.

Soba was often eaten on Setsubun, which was New Year’s Eve in the Edo period. The practice of eating soba during New Year’s Eve symbolises longevity. There are beliefs that Setsubun soba kickstarted the beginning of Toshikoshi soba. Even now, in the Nagano and Izumo regions of Shimane prefecture, it is common practice to eat soba in Setsubun.

What do you think about Setsubun? Are you planning to try sowing soybeans and/or have a few of the traditional setsubun food? Hope you had as much fun as us when discovering the origin of Setsubun, figuring out the meaning of sowing soybeans and more!