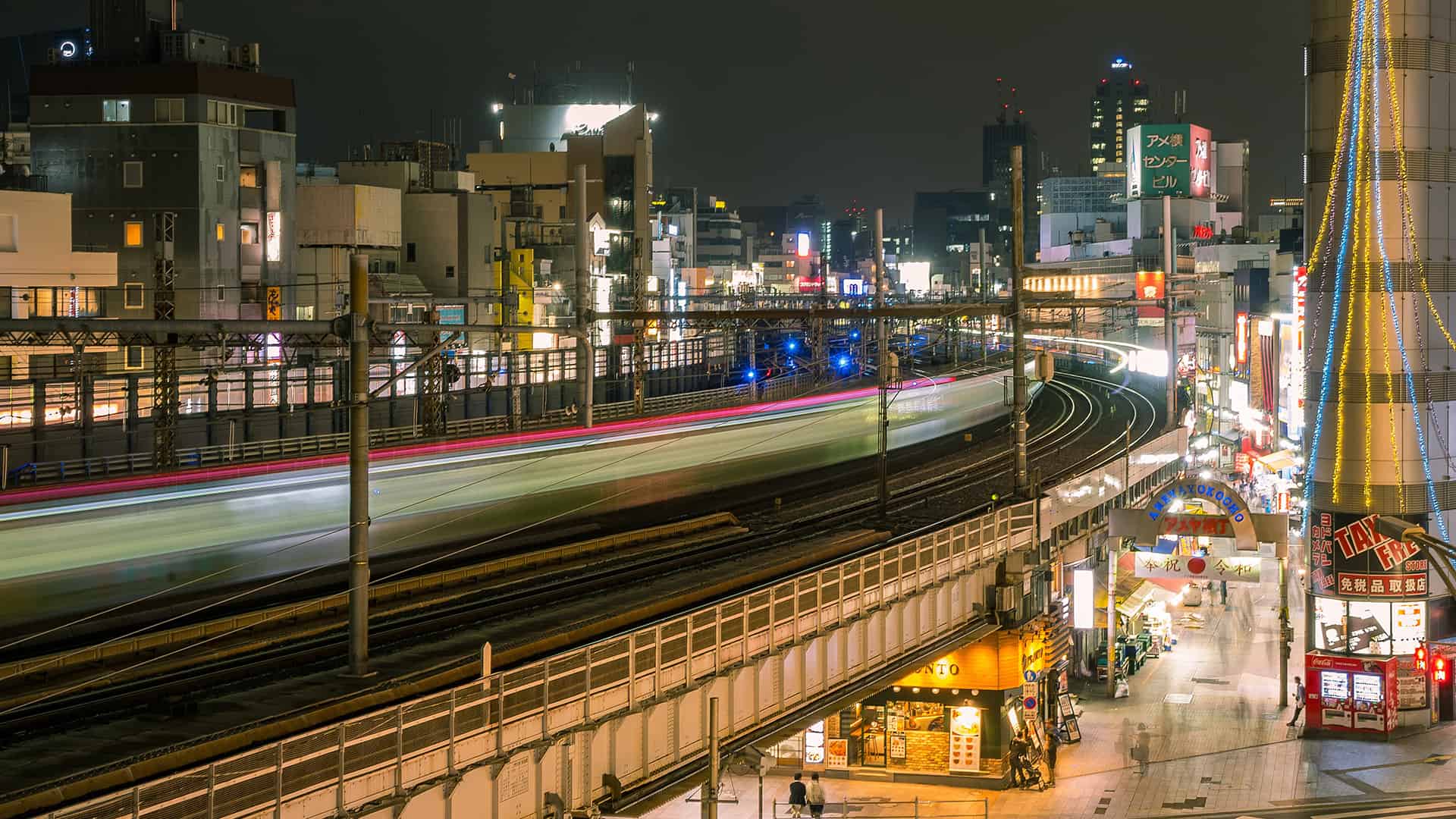 Riding the Tokyo subway or Tokyo train is a joy compared to transport in most other major cities. It’s reliable, clean, bright and generally safe. On top of that, it’s not extortionately expensive (normally about 170-350 yen a trip—a bargain!). Here are some unspoken subway rules of what not to do on Tokyo trains.

I love the trains in Japan and genuinely enjoyed commuting to work when I lived in Tokyo. Stations are fun places to people-watch and train stations in major cities like Tokyo and Osaka have a real buzz about them, with restaurants, bars, shops and more. In Tokyo, stations are often built into department stores so I’d recommend taking the time to explore a major station like Shinjuku if you can. You’ll be surprised at what treasures you find!

There’s a lot to love about travelling by train (and you’ll probably miss how reliable and convenient it is when you return home!). That being said, not everything about the public transport system is intuitive and there are a couple of things that first-time visitors to Japan often get wrong.

A subway is a busy place where you’re likely to encounter abrupt culture clashes. When you’re nose-to-nose with stressed, tired people just trying to go about their daily commute, you should try and follow the rules as much as possible. It makes things easier and more pleasant for everyone involved!

Japan is behind some public transport systems in the world in the sense that you can’t use a contactless credit or debit card to pay for your train (as you can on the London Underground, for example). You can, of course, buy individual subway tickets from the multiple ticket machines available at every station (most have options for purchasing in English and sometimes other languages too!), but if you’re in the city for any longer than a few days, a Suica or Pasmo card is your best bet.

The deposit for the card is 500 yen and then you just top it up however much you like. You can even use it to pay for food and snacks from vending machines or convenience stores! There are facilities to return your Suica or Pasmo card at major airports, but it’s also a nice keepsake (and you can always use it again when you return to Japan!)

This is definitely one of the unspoken subway rules in Japan. Japanese trains are not rowdy places (perhaps with the exception of the last train home from Shinjuku station on a Friday night!) Particularly if you’re in a large group, be mindful of how you’re coming across. Don’t have loud conversations, shout, laugh loudly and certainly don’t blow your nose (blowing your nose in public is considered pretty gross in Japan!)

On a particularly hot day last summer I’ll admit that I had a sip of water on the train. I’ve seen other people sneakily do it too. But the general unspoken subway rule is don’t drink on the Tokyo subway and certainly don’t eat! The reason for this is simple: it’s not just against social etiquette, it’s literally against the rules. There’s too much likelihood you’ll spill your Starbucks all over the seat (or someone), so just wait until you get to your destination!

Japanese commuters generally aren’t aggressive or pushy, but the cultural obsession with being on time means they won’t take kindly to an absent-minded tourist standing in the way. This is particularly important, again, if you’re in a big group. Be thoughtful about where you’re standing on escalators (in Tokyo you stand on the left, in Osaka on the right!) and also on the platform itself, which brings me to my next point…

Rule 5: Don’t stand in the wrong place on the platform!

Tokyo subway stations (and even those for more long-distance trains) have special markings to show where you should stand to get on the train. There’s also a little passage way in the middle to let people get off and even, sometimes, little signs to show where you should stand if you want to get on the first, second or third train. Everything is planned meticulously, so you’ll really annoy people if you ignore these markers and just barge on!

Tokyo isn’t difficult to navigate, but the subway and local train system is vast, and though most signs are in English there’s every likelihood you’ll end up having to put some of your Japanese to the test, however rudimentary it may be! You may already be familiar with a few of these simple signs:

If Japanese isn’t your strong suit, not to worry. Tokyo Metro has produced a free app for tourists which you can download to help you plan your journey (https://www.tokyometro.jp/en/tips/app/index.html).

Missing the last subway can mean a fun night out, if you plan it that way. Indeed, it’s part of the reason that karaoke is so popular at 2 in the morning! If you do it by accident, however, it can mean a long wait until the trains start running again. Train timetables vary, so you should make sure you know the schedule before you leave the hotel for your exciting night out. Most of the time, the last train from a major station will leave shortly after midnight (the last train from Shibuya, for example, leaves at 00:52).

So, there you have it, the unspoken rules for riding Tokyo subway! Not too many things to remember and it’s all pretty much common sense. The Japanese train systems, not just in Tokyo but all over, are something they’re rightfully very proud of, so the most important thing is to make good use of it and enjoy the experience!